He had originally moved to the UK at the age of nine along with his mum and her family, Trinidad’s island paradise having been corroded by gun violence. He brought with him a passion and talent for music, ignited by his DJ father and his cousin Kerwin Du Bois, now one of the biggest Soca stars on the island.

The family settled in Romford on the eastern outskirts of London. Though school – and music classes in particular – had given BERWYN support and escape, life in Romford became complicated. His mum was in and out of jail. Life was making sandwiches at Subway and making ends meet. A desire for more saw him fall in with the wrong crowd. Homelessness became a regular occurrence. He slept on hospital floors, in cars, and on sofas in flats where there’s always someone knocking at the front door. But, as the selftaught multi-instrumentalist raps on his debut track “Glory”, “sleeping in the car only filled me with drive.”

Released 8 months after the acclaimed debut mixtape, BERWYN’S second full length project TAPE 2/FOMALHAUT was written in a period in which he was anything but idle: in addition to fitting in a series of live shows in the short break between lockdowns, he spent his time writing, recording, and collaborating. The result is a body of work that further details his origin story – his spontaneous and immediate lyrics detail a long look over his shoulder at the harder times that have led up to this point, as well as an eye on the exciting prospects the future may hold.

In just under a year BERWYN has released two full length mixtapes, countless cinematic videos, sold out his debut UK tour and landed in the top three of the prestigious BBC ‘Sound Of’ poll. This whirlwind 12 months culminated with the recent news of his debut release ‘DEMOTAPE/VEGA’ being nominated as one of the 12 Hyundai Mercury Music Prize ‘Albums of the Year’. 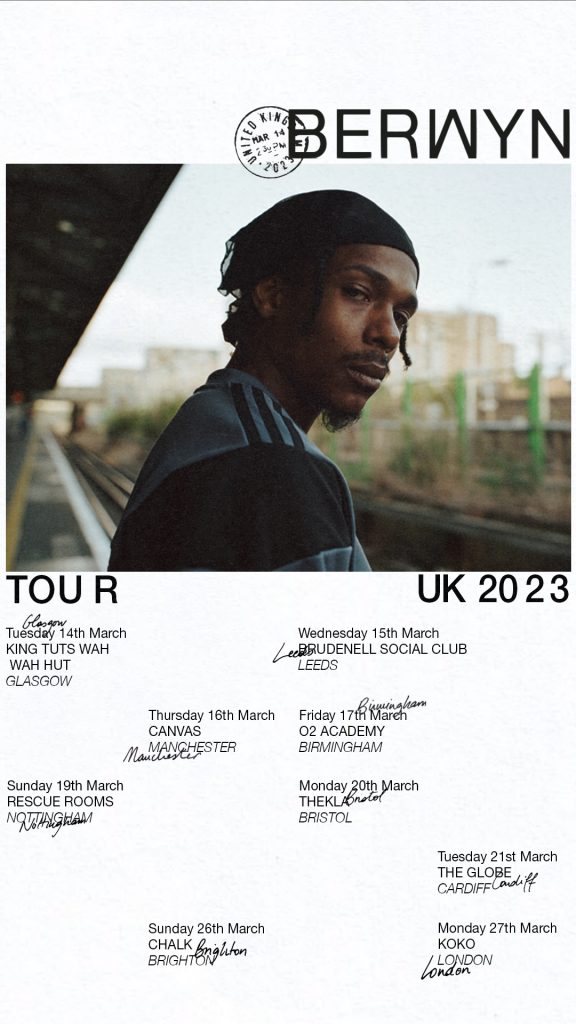