Tickets are now available for Laurence Jones at Rescue Rooms.

“Laurence Jones has been Voted in the TOP 10 best blues guitar players in the world today” – Music Radar. Laurence has developed a virtuoso as one of the UK’s hottest guitar players. He’s got several accolades and awards to his name winning “Young Artist Of The Year” in the British Blues Awards 3 years in a row which inducted him into the British Blues Hall Of Fame. Laurence & his band have supported / toured with the likes of Sir Van Morrison, Sir Ringo Starr, Joe Bonamassa, Status Quo, Buddy Guy, Jeff Beck, Johnny Winter & Kenny Wayne Shepherd. Laurence Jones reached number 5 in the top 20 hardest working bands in the UK along with Chris Farlowe, Bay City Rollers, Chas & Dave & more… Don’t miss your chance to see “the future of the blues” live on tour – Classic Rock Magazine.

National Dutch treasure Johan Derksen is a fan of LJ and has invited him to appear on his TV show “Veronica Inside” 5 times. The official music video for “I’m Waiting” has over 1 million views on YouTube since his TV show appearances. “He’s like a young Eric Clapton” – Johan Derksen 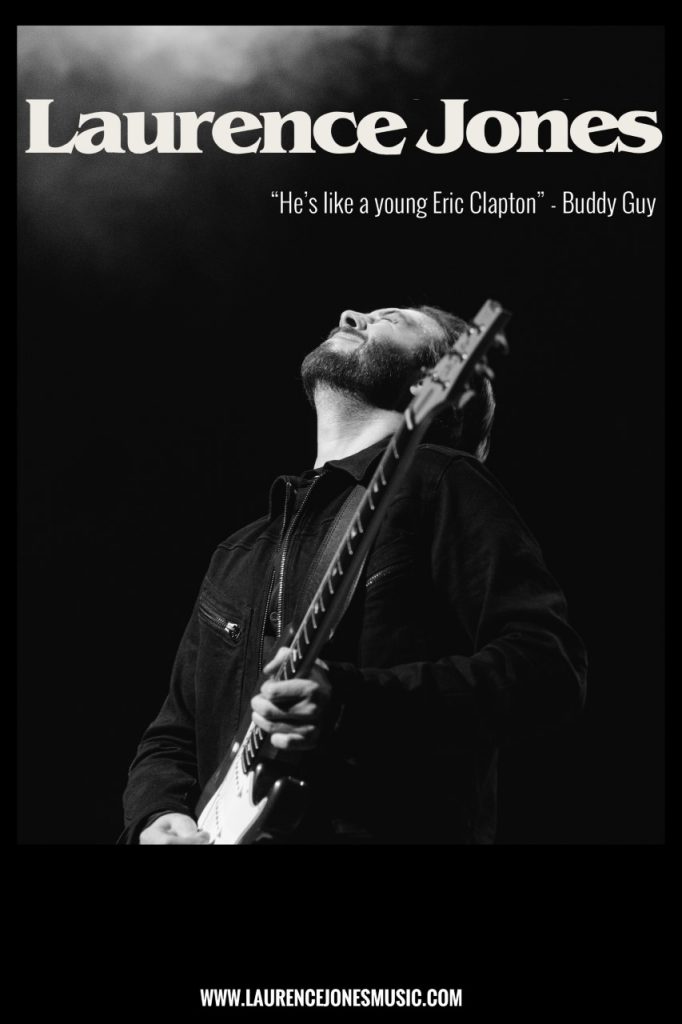