Following our amazing Caramello Late Lounge events at Rescue Rooms back in 2020, we are back for four seated parties before we can fully return to the dancefloor…

Friday 21st May — Hip-Hop Evolution
Celebrating the foundations of hip-hop, from funk, soul & breaks to the early days, taking in the 70s to the 90s.

Friday 11th June — The Sound of Motown
Tonight we dig into the history of one of the best record labels of all time: Motown. Playing artists such as The Supremes, Stevie Wonder, Lionel Richie & Boyz II Men.

The Caramello DJs will be in control of the decks, bringing you the best of the evening’s theme, along with some of the 70s & 80s disco fuego you love, playing tracks from ABBA & CHIC to Candi Staton & Donna Summer to the Bee Gees & Prince. 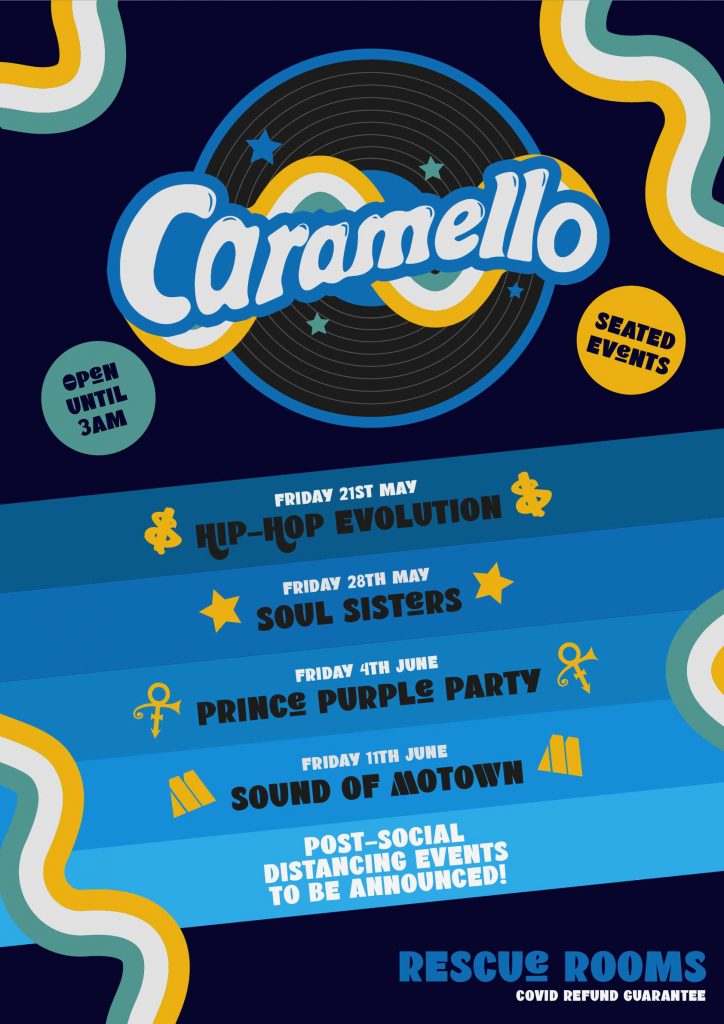 It's our second Saturday night back and we're exci

After a huge relaunch for @rescuedsaturdays at @st

Thank you for the amazing nights back on the dance

"Come here and do the right thing,⁣ Get up and h

It's (hopefully) your last chance to experience ou

Here's the lowdown on how we are doing things from

Jobseeker! We have currently got some exciting vac

NYC-based brass band @BrassAgainst will be bringing protest songs and anthems from the likes of Rage Against The Machine, Audioslave, Kendrick Lamar and more to Rescue Rooms in May 2022. 🎫 Tickets go on sale Friday: https://t.co/1E9MGVAhy9 https://t.co/cDimE7pA7x

We will now be welcoming @TheLongestJohns on 15th August for their all-day affair which was previously scheduled for @arboretumnotts. 🎫 Original tickets remain valid, more available via https://t.co/uLS4CjEGL8 https://t.co/N7UD0JVw2y