Here’s what we’ve been waiting for… check this out. First wave of ‪#‎D2DFest‬ 2016 acts have now been announced!!!

“Previous Winner of ‘Best Metropolitan Festival’ at the UK Festival Awards, Dot To Dot Festival is established as the UK’s premier festival for showcasing the most exciting emerging artists, alongside established acts from all over the globe. Dot To Dot returns to Manchester, Bristol and Nottingham this May.” 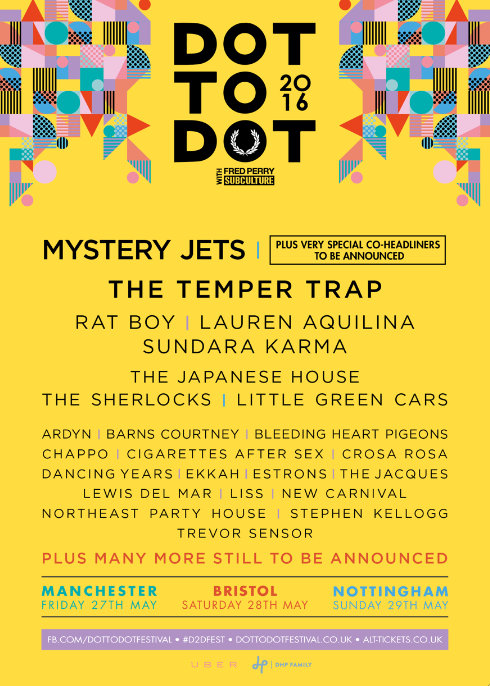