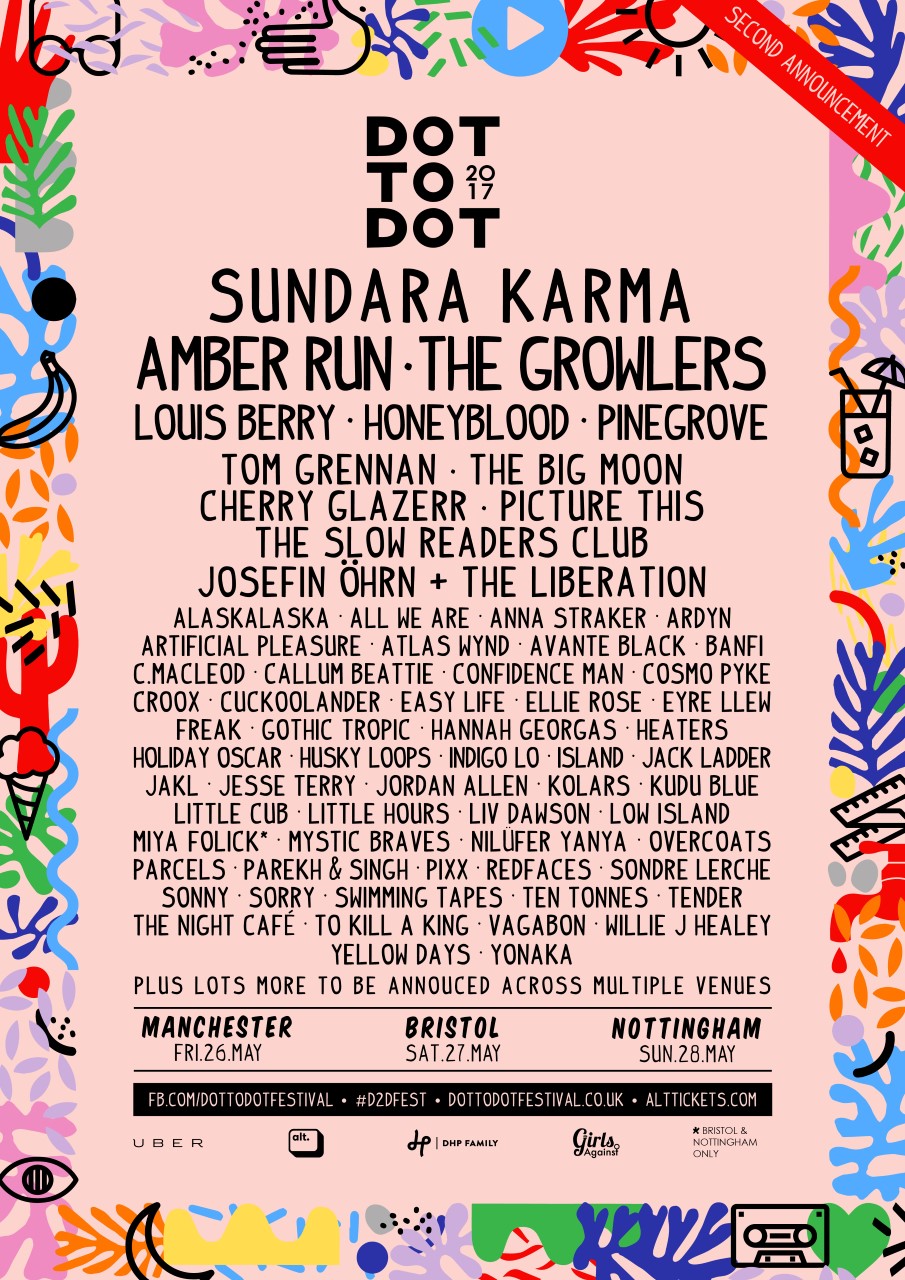 The UK’s premier festival for unearthing the best new talent, Dot To Dot Festival, returns to Manchester, Bristol and Nottingham from the 26th-28th May for its 12th edition. After smashing record attendance, and marking a sell-out Manchester event in 2016, more of the same is expected for 2017, with a huge lineup of established performers and emerging artists from around the world. Dot To Dot, are delighted to reveal the second wave of artists to play this year’s festival, with more bands still to follow:

Hotly tipped four-piece THE BIG MOON open the list of new additions. Bold, articulate, and with an insatiable ear for melody, they are perfectly poised and ready for their Dot To Dot debut. With their highly anticipated debut album, ‘Love In The 4th Dimension’, scheduled for release at the start of April through Fiction Records, we’re sure you’ll be hearing plenty about these girls over the next few months. Manchester’s own THE SLOW READERS CLUB are also set for their first Dot To Dot appearance. Currently halfway through a UK tour, with sell out shows in London and Nottingham, we can’t wait to see a series of imposing live sets at Dot To Dot by this much acclaimed band. They’ll be joined by Stockholm’s JOSEFIN ÖHRN + THE LIBERATION, whose brand of radiant psychedelia stands effortlessly apart from the increasingly staid, and often paradoxically predictable, modern take on the genre.

Previous Dot to Dot line-ups have seen performances from The xx, Ed Sheeran, Mumford and Sons, The 1975, Frank Turner, Caribou, Wolf Alice, Jake Bugg, SBTKRT, Florence + The Machine, Peace, Courtney Barnett and many, many more. With the emphasis on showcasing the hottest new talent on the planet, there will be lots more exciting additions to be announced for Dot To Dot’s 2017 line-up. Make sure you keep checking www.dottodotfestival.co.uk for all the latest news and ticket info. Also subscribe to our Facebook, Twitter, Instagram and Snapchat to keep yourself in the loop for all things Dot To Dot. Tickets are priced from £12 and available now through www.alttickets.com.