Aaron West and The Roaring Twenties is as much a band as it is a story.

The band plays americana, sometimes with 6 or 8 or 10 people—a horn section, banjo, lap steel, strings and more—and sometimes as one man with an acoustic guitar and his voice. It’s rock & roll with fragmented pieces of punk and country and troubadour-style sing-songwriter music taking influence from Springsteen, Rilo Kiley, and The Weakerthans. Some nights, it’s somber and intimate. Some nights, it’s loud, bombastic and joyous.

The story follows a man named Aaron who, on the band’s debut release, “We Don’t Have Each Other,” suffers a series of severe losses that reshape his life entirely. In the intervening years, cataloged on the new sophomore LP, “Routine Maintenance,” the story follows Aaron through sublets, bar fights, train yards, fire escapes, truck stops and the basement of a county church in search of something resembling purpose and redemption.

Both are the creation of Dan Campbell, best known as the vocalist of Philadelphia band, The Wonder Years who performs the songs live in character for a show that feels in part theatric. Formed in 2013, Campbell has continuously added layer after layer to the Aaron West universe, ensuring that every show and milestone is factored into the bigger picture and creating a story so meticulously crafted that it’s easy to forget it’s a story at all. 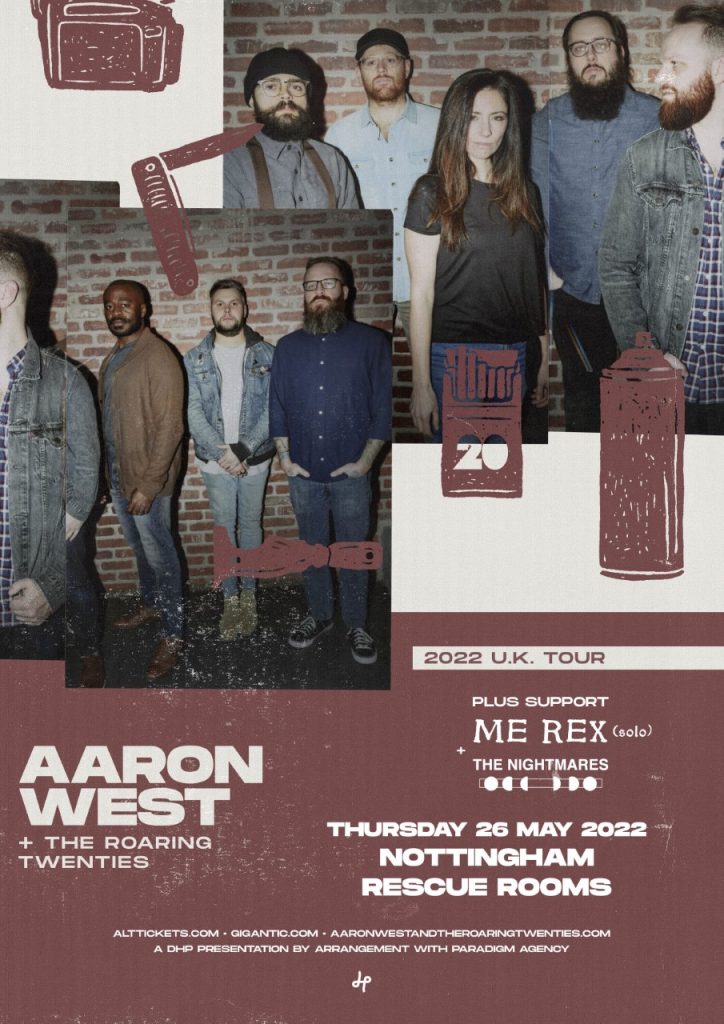