Tickets are now available to see Archspire and their Tech Trek Europe tour 2023 at Rescue Rooms!

Archspire’s 2017 Relentless Mutation was a cavalcade of speed and extremity — blasting, accelerating and, in partial reference to its title, “mutating” as each song unfolded, all the while rapid-fire, shotgun vocals blurred the lines between a man’s throat and additional instrument. It was, unquestionably, an innovation of sound and technique — Archspire had broken the speed barrier while creating songs memorable as they were unabashedly extreme for extreme metal. Thus, the pressure was already there to top Relentless Mutation when the band started to compile new songs in 2018. The global pandemic heightened the situation (read: no touring, expanded free time) and caused Archspire to turn inward and apply additional rigor to their songwriting process, albeit painstakingly so. But by the end of the fraught calendar year that was 2020, the band emerged with their fourth studio album, Bleed the Future.

According to the members of Archspire — vocalist Oli Aleron, guitarists Dean Lamb and Tobi Morelli, bassist Jared Smith and drummer Spencer Prewett — they originally went into the making of Bleed the Future under the idea they would finish the album in between the various tours scheduled for 2020. Of course, none of that happened, prompting the band to do more pre-production than at any time in their career. Archspire then subjected the album’s eight songs to near-constant critiquing that ensured they came away with a product, that in their estimation, is their best to date! 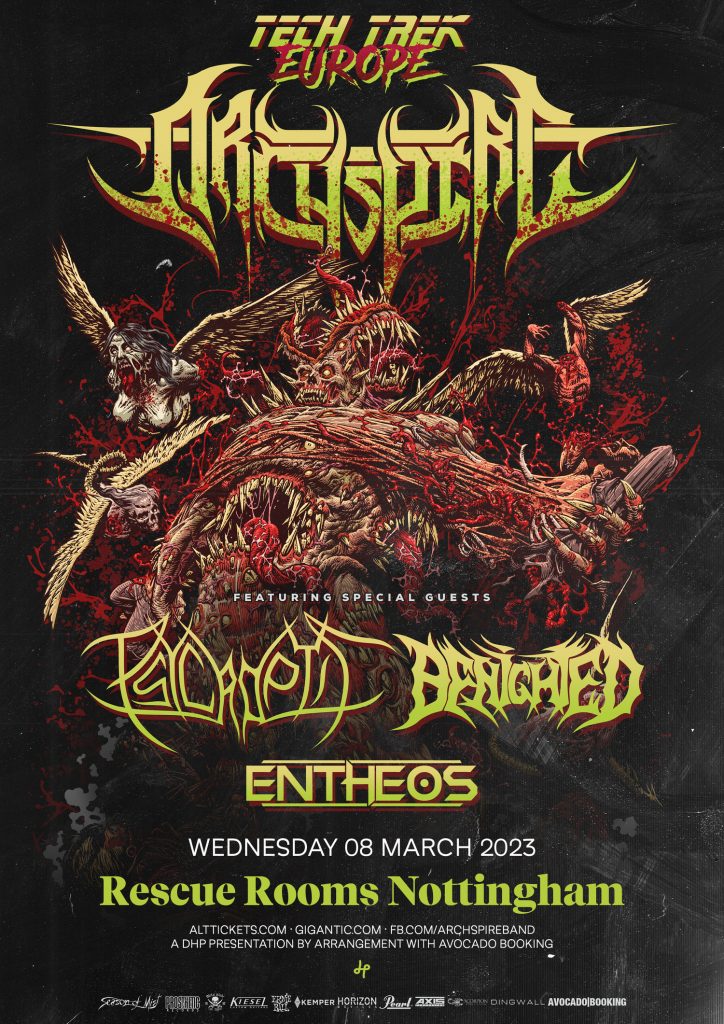