New album ‘Survival of the Friendliest’ due out 1st December 2021!

Released on 1st December 2021 via his own BOT Music imprint, it’s a record all about hope, positivity and camaraderie that chooses to celebrate the very best of human nature. Its first single is “A Beautiful Place”; a pastoral folk/rock song that finds an artist blown away by the beauty to be seen in humanity, history and our place in the galaxy. As Beans says: “”A Beautiful Place” is hopeful, optimistic and downright happy. A celebration of humanity at large, the beauty of the world and the randomness of our existence.” he says. “It’s fresh, fun and will put a smile across your face.”

With a smouldering, gently epic sound, “A Beautiful Place” was brought to life by Blaine Harrison of the Mystery Jets, who produced and plays on: ‘Survival of the Friendliest’.

The song is accompanied by a bespoke lyric video shot on ‘The Street’ in Whitstable, Kent (where Beans has come to settle in recent times), which captures a rare natural phenomenon of a pathway leading out into the sea at low tide. Directed by Beans and filmed by old school friend Curtis Walsh; with the spirit of collaboration among friends also happens to be something of a recurrent theme throughout his upcoming album. 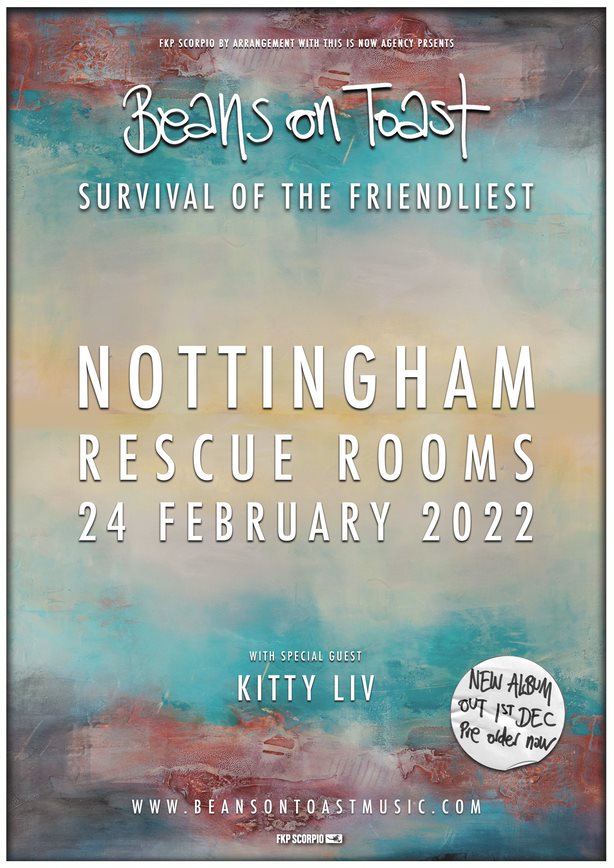 Beans On Toast ON SPOTIFY