Embracing the raw power and enduring legacy of rock, Cleopatrick are a Canadian duo who combine gritty riffs and fiery beats with hook-filled choruses. Employing a muscular and groove-laden amalgam of classic hard rock and churning alternative rock that evokes Arctic Monkeys by way of Highly Suspect, the group was formed in Cobourg, Ontario, by lifelong best friends Luke Gruntz (guitar/vox) and Ian Fraser (drums). Cleopatrick issued a debut EP, 14, in 2016, followed by a second EP, Boys, in 2018. The following year saw the rock revivalists return with the rollicking single “Sanjake,” and in 2021 they released their first full-length effort, Bummer. 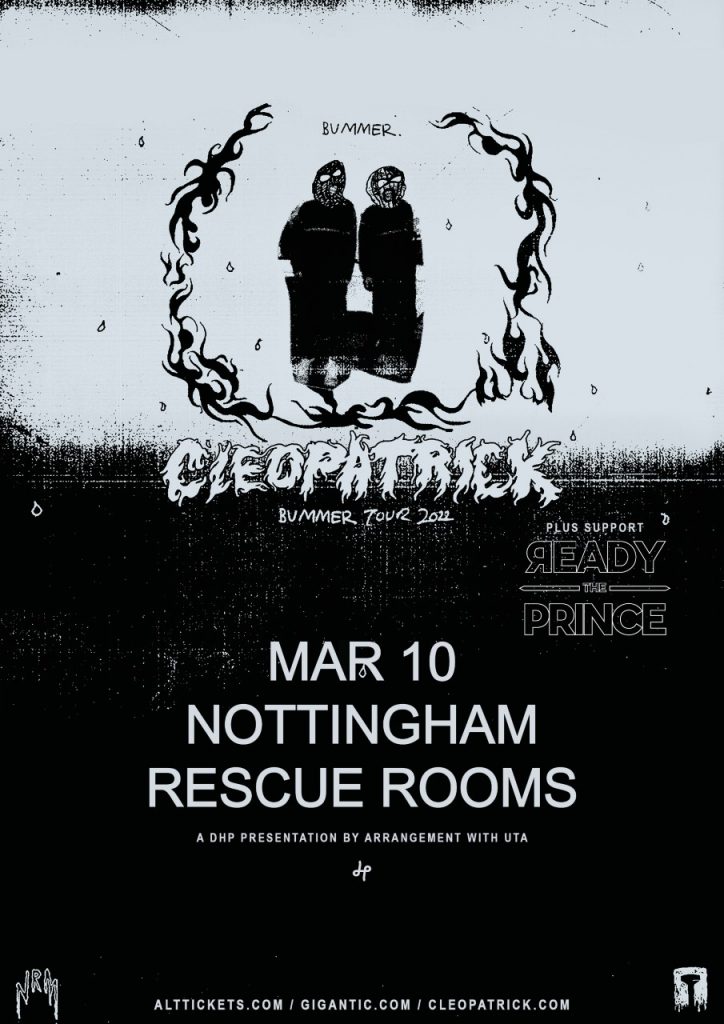 Beat the Streets – Full line-up announced! Friday 14th January 2022 DHP Family have announced the full line-up for charity fundraiser festival Beat The Streets, taking place across venues in the city on 30th January 2022. The festival has become renowned locally for the vital funds it has raised in support of Framework Housing Association and awareness it has brought to the rising homelessness crisis in […]

Covid-19 Update: January 2022 Tuesday 4th January 2022 Here’s the lowdown of our current Covid restrictions at Rescue Rooms, as we enter 2022! If you’re coming down to Rescue Rooms for a pint, a gig or a late-night event, then here’s some guidance that you need to be aware of… ✅ We will be asking for your NHS Covid Pass or proof of […]
The countdown to the spookiest weekend of the year

Scottish rockers @gbmrmackenzie are rescheduling their Rescue Rooms show from 3rd February to 24th September 📅 Original tickets will remain valid, and we have more available via https://t.co/FA5PWBtKZ9 https://t.co/UTMzwpGySx