Tickets are now available for CMAT at Rescue Rooms.

CMAT isn’t a new Gen-Z acronym you haven’t heard of yet – it stands for Ciara Mary-Alice Thompson, a bubbly, acerbic 25-year-old from Dublin. Her tacky-glam country-pop channels the Nashville greats plus references to Robbie Williams, Philip Larkin, Waitrose and Irish novelist Marian Keyes.

“The only way to make country music in 2020 is to completely bastardise it,” she told the NME last year, adding that her musical style is a mashup of Dolly Parton, Weird Al Yankovic and Katy Perry. Her songs are mournful yet accessible, emotionally literate and cleverly crafted, but, crucially, with a huge sense of humour, which will appeal to fans of 2021’s newly crowned queen of Britpop, Self Esteem.

Thompson was originally in an electro duo, but a songwriting masterclass with pop dynamo Charli XCX – and some wise words from the lady herself – convinced the Irish musician to pursue a solo career. She started as she meant to go on; her debut track in 2020, Another Day (KFC), was a doo-wop bop about being dumped so she “double downed on chicken for some moral support”. (To promote it, she livestreamed herself eating an 80-piece bucket while listening to 2000s indie on Instagram.)

Now an album is on the horizon, full of hugely catchy songs about flirting, longing and cheating, such as Every Bottle (Is My Boyfriend), I Wanna Be a Cowboy, Baby! and the superb I Don’t Really Care For You. She promises it sounds like “the Nolans making a record with Glen Campbell, which would go on to be covered by Paris Hilton”: the combination you never knew you needed. Yee-haw!

“Great music, big personality, and a sense of fun that never loses the run of itself-Dork, 5/5

“On course for world domination” -HotPress, 9/10

“CMAT has delivered a near-perfect debut album” -The Skinny

“Deep commitment to classic, pop-country songcraft.” -The i 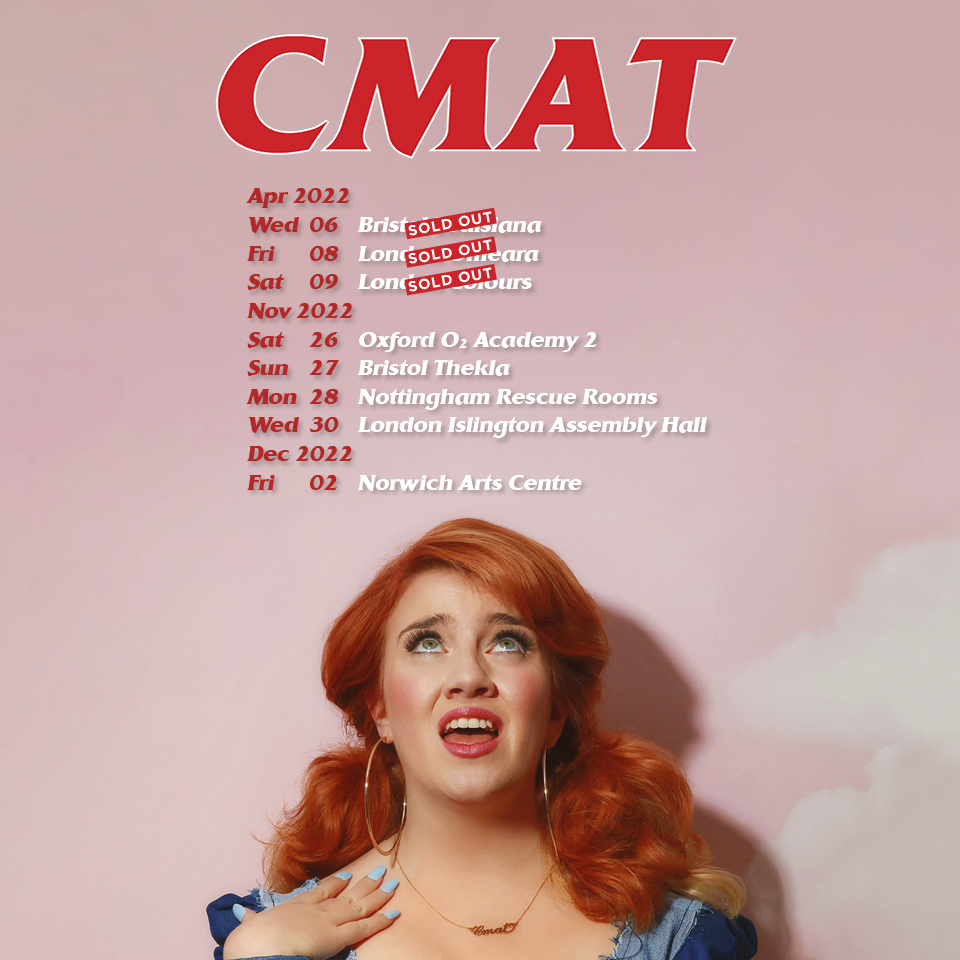