Fast-rising Nottingham band Do Nothing release their debut EP. Lead track is LeBron James, a sardonic swing at scammers and con men. The band have quickly earned a reputation as an incendiary live act while out on tour across 2019 – their most recent run of touring culminated in their biggest show to date at Nottingham’s Rescue Rooms. Equal parts Roxy-esque art rock, Ze/Celluloid Records no wave and intoxicating pop in the lineage of LCD Soundsystem and Talking Heads, Do Nothing songs are characterized by the acerbic lyricism of vocalist Bailey where every song feels like its own self-contained psychodrama. 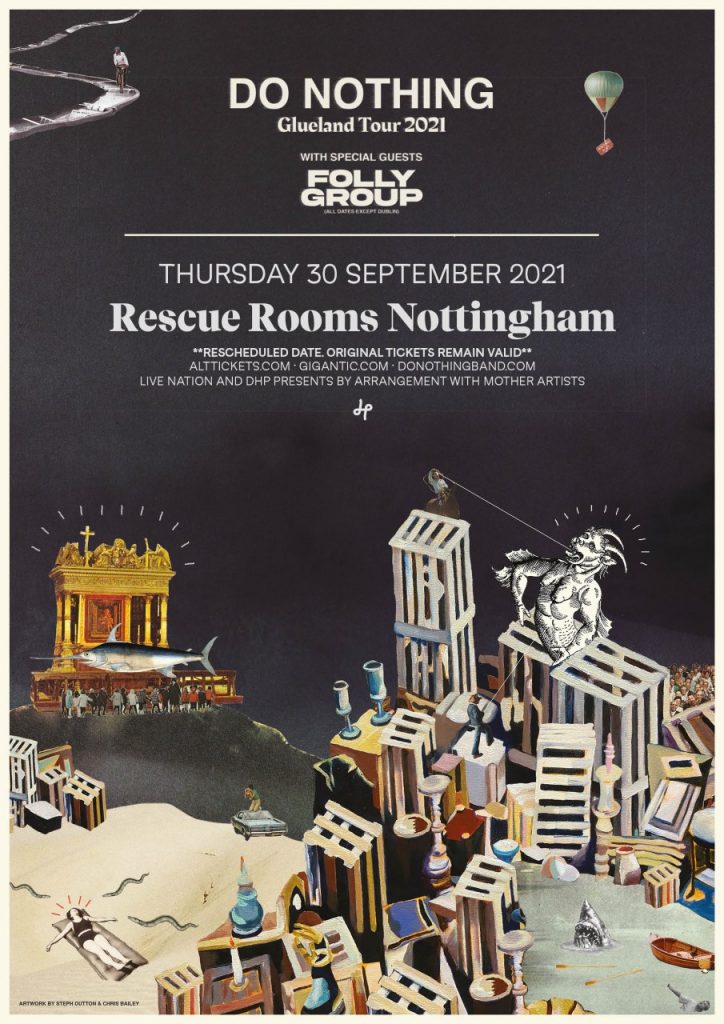 Do Nothing ON SPOTIFY