Tickets are now available for Dylan at Rescue Rooms.

22-year-old Dylan, whilst tipped as one of the UK’s most exciting new pop talents, was raised on a diet of classic rock and big riffs. “My career is entirely my dad’s fault – he’s a very straight-down-the-line insurance man but he brought me up on a lot of rock’n’roll like AC/DC, Guns N’ Roses, and Rainbow.” Self-proclaimed “rockstar stuck in a pop star’s body”, DYLAN, follows two packed out performances at Reading and Leeds Festivals with the news of her new mixtape, The Greatest Thing I’ll Never Learn, due 28 October via Island Records.

New single ‘Nothing Lasts Forever’, which premiered exclusively as Clara Amfo’s Future Sounds ‘First Play’ on BBC Radio 1, pairs the 22 year old’s magnetic pop hooks with the soaring, classic rock inspired guitars she was raised on. Serving a much needed dose of realism to a partner, she delivers biting lyrics laced with undeniably infectious energy; adding yet another stadium-worthy anthem to her ever growing discography.

With a sold out UK headline tour, including a night at Shepherd’s Bush Empire on the horizon and an ever growing stream of impeccable pop anthems, Dylan looks destined to continue hooking people into her world, rapidly expanding that fanbase in a big way. As it does so, she’s keeping her ambitions fittingly bold. “I want to be respected as a songwriter – for me it really is just about the music,” she explains. “And I want to headline Wembley – that’s everything I’ve had my sights on.” 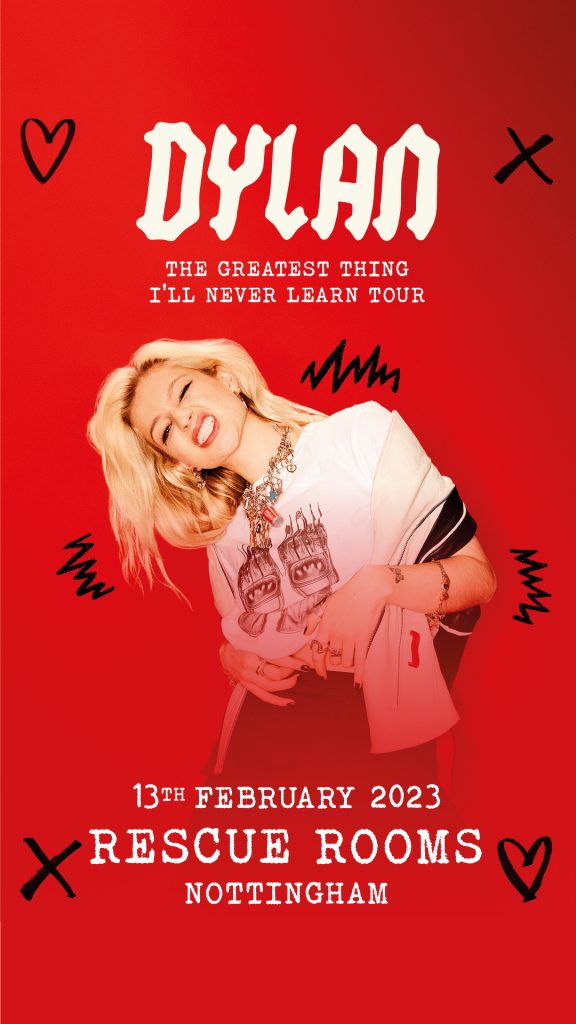