Are you ready to be transported to a new world? Well, HENGE are here to send us to a cosmic relm.

HENGE are a British concept band that formed in Manchester in 2015. They bend genres with their electronic crossover rock, they call ‘Cosmic Dross.’ They also perform as the fictional characters Zpor, Goo, Grok and Nom.

Their most recent single ‘Wunderlust’ was released on the 27th September with a limited vinyl release.

HENGE released their first EP in July 2017 Cosmic Dross. It was released on Love Love Records and, according to their agent’s page, is “a five track EP of electronic madness so unique and captivating that it firmly cemented their reputation with the alternative festival community.’

Henge released their debut album, Attention Earth! (stylised in all capitals) on 19 October 2018. 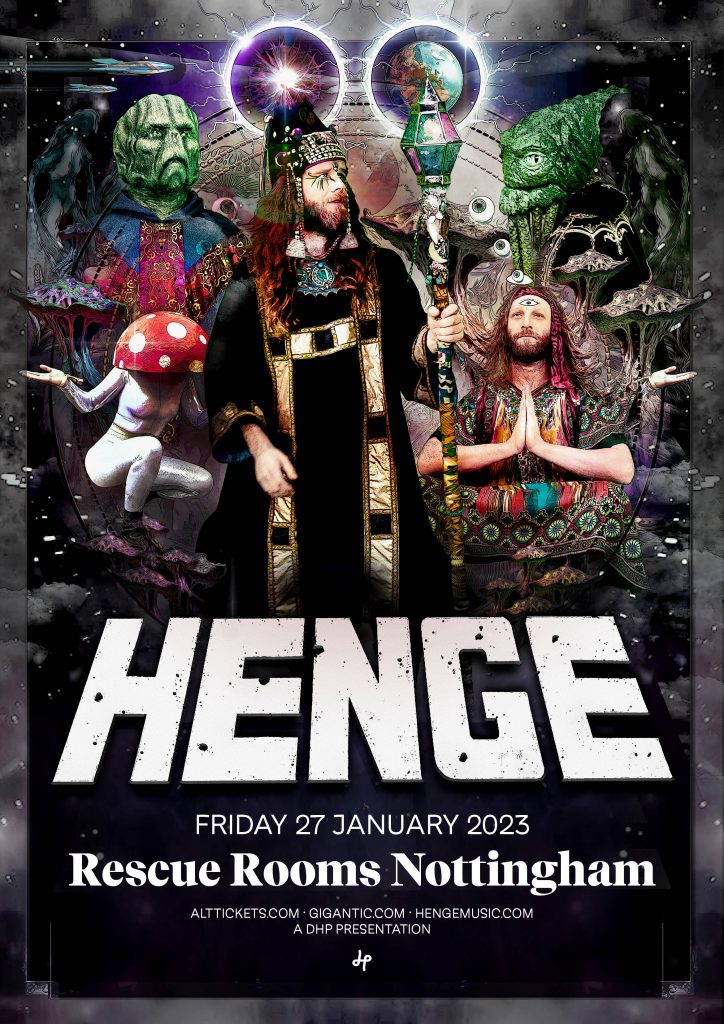