Jah Wobble and the Invaders of the Heart

JAH WOBBLE AND THE INVADERS OF THE HEART

Combining global music, reggae, fusion and punk influences, Jah Wobble has entranced the world with his hypnotic bass riffs for over four decades and has become one of Britain’s most influential and distinct bass players. Accompanied by his band, Invaders of the Heart, Jah Wobble is reborn into a new decade as defiant as ever with a brand new UK tour.

Born John Wardle, the nickname was given to him by Sid Vicious following an evening of drunken antics. Sid Vicious then went on to give Jah his first ever bass guitar. As a bassist, Jah Wobble is well known as one of the founding members and ultimately the back bone of the legendary Public Image Limited (PiL) during the early years. Whilst working with John Lyndon, Keith Levene and Jim Walker, Jah’s notoriously powerful low end bass created PiL’s debut album Public Image: First Issue, which included the band’s first Top 10 single as well as their prestigious second album Metal Box, which included the post-punk classic Death Disco.

Since departing with PiL, Jah Wobble is now a prevalent solo artist with his band, Invaders of the Heart and was nominated for a Mercury Music Prize for his debut album, Rising Above Bedlam. Following the release of the highly acclaimed second album, Take Me To God, Jah Wobble also became a successful entrepreneur by developing his own independent record label, 30 Hertz Records. Additionally, Jah Wobble has worked with the likes of Primal Scream, Dolores O’Riordan, Sinead O’Connor, Chaka Demus & Pliers, Bill Laswell, Holger Czukay and many more. 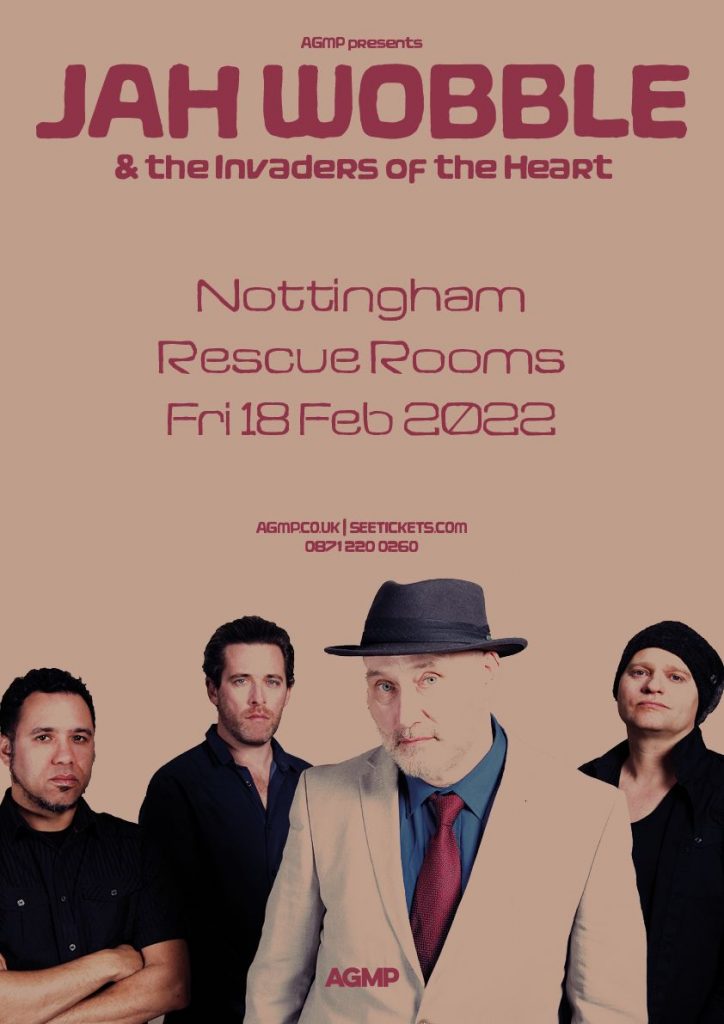 Jah Wobble and the Invaders of the Heart ON SPOTIFY