Lanterns On The Lake

LANTERNS ON THE LAKE

It’s strange – not to mention fundamentally disconcerting – to live through turbulent times. Yet as many feel like the world is slipping out of control, artists are enlivened as they seek to make sense of the shifting sands. Hazel Wilde of Lanterns on the Lake is now a songwriter necessarily emboldened. On Spook the Herd, the band’s fourth record, her voice and preoccupations rise to the fore like never before. In tandem, the band break new ground on a set of songs that are unavoidably direct – and crucial.

Wilde does nothing less than dive headlong into the existential crises of our times. Beginning with the record’s title – a pointed comment at the dangerously manipulative tactics of ideologues – its nine songs turn the microscope to issues including our hopelessly polarized politics, social media, addiction, grief and the climate crisis.

The world is brought into focus, but Wilde’s style is not declarative. She also proves herself a songwriter possessed of a rare talent for finding the personal contours to contemporary issues, fully inhabiting them to make them real. On “Baddies” she sings of the lacerating division in our online spaces with knowing, biting irony as simply commenting deepens the rift. “Blue Screen Beams” is a litany of worries – fallible idols, paranoia and hopelessness, technological distractions worming into consciousness, broken relationships – but finds a steadying refusal to give up hope in the centre of the storm. As she says of her work, the process is “…exploring what it’s like to live this point in time – not just as an observer but as someone experiencing it: it’s where a personal life and politics are intertwined, because the two aren’t mutually exclusive.”

Recorded as live where possible, the band’s natural touchstones of gauzy dream-pop and monumental post rock still float in the air, but listening to Lanterns on the Lake now feels like actually sitting in the corner of the room as they play. As guitarist and producer Paul Gregory says of approaching a fourth album, “There was a sense of release in terms of what kind of music we felt we could make. The idea of what kind of band you’re supposed to be really disappeared. It was great; you felt you could do whatever you like.” 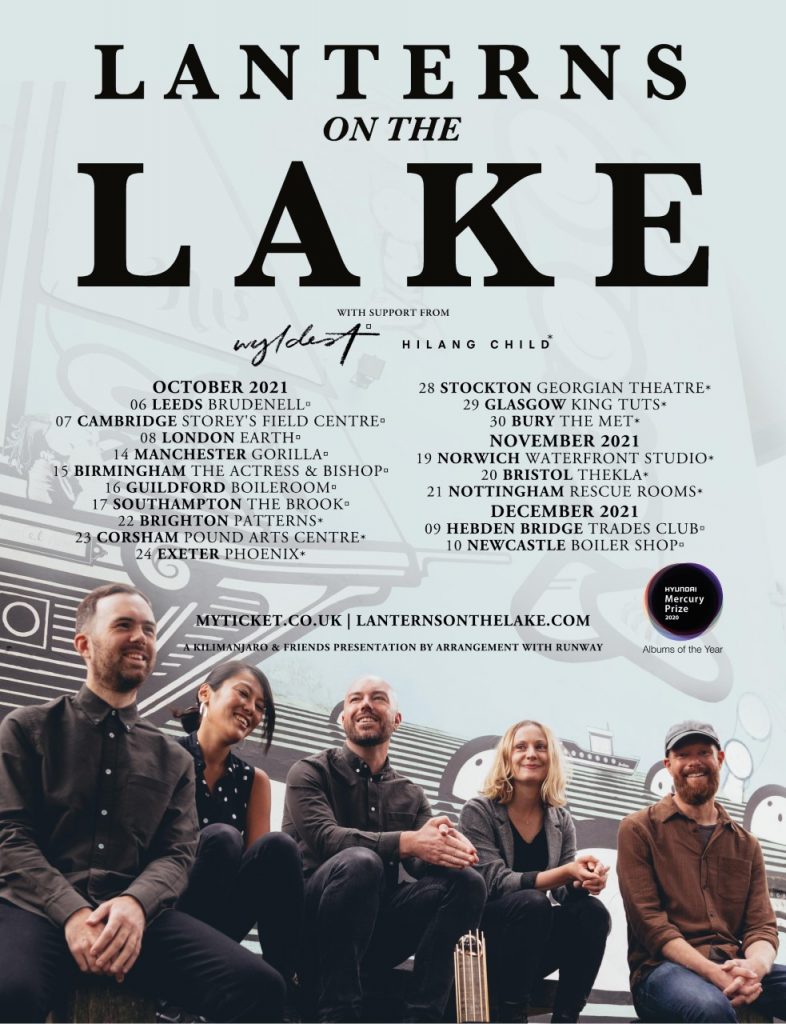