Known for their theatrical live show and the black masks that most of their members wear on-stage, Mushroomhead are one of the more unique and adventurous alternative metal outfits that emerged in the 1990s. The band’s forceful yet melodic alternative metal incorporates elements of hip-hop, punk, and goth rock as well as industrial and techno. Since releasing their eponymous debut in 1995, Mushroomhead have sold over two million albums worldwide, with highlights arriving via 2003’s XIII, 2006’s Savior Sorrow, and 2014’s The Righteous & the Butterfly. 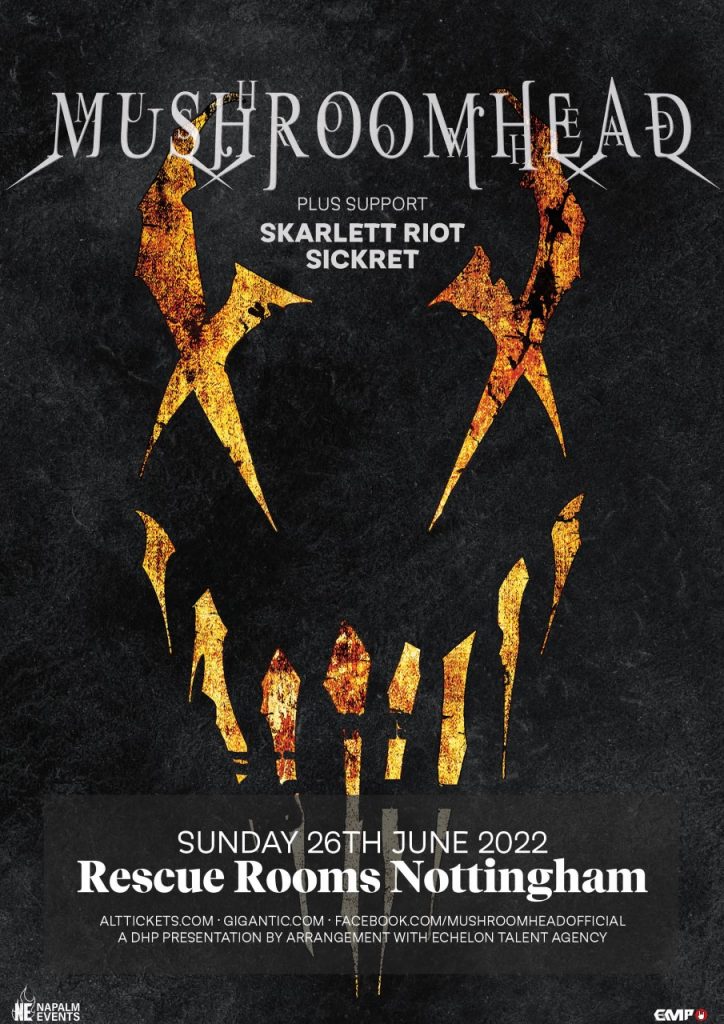