Tickets are now available for Orange Goblin at Rescue Rooms.

Longevity is everything in the world of heavy metal. As Sabbath, Priest and Maiden have demonstrated over the decades, bands that stay the course, remain true to their principles and keep delivering the bombastic goods will always earn the respect and love of their fans and peers. Following in the footsteps of those epoch-shattering giants was never going to be easy, but one band have undeniably earned the right to be regarded as British metal legends, cut from the same beer-stained cloth as the greats: poised to celebrate their 25th anniversary in 2020, it can only be Orange fucking Goblin, baby! Originally formed under the name Our Haunted Kingdom, way back in 1995, Orange Goblin entered the world of heavy music as wide-eyed enthusiasts, eager to channel the fire and fury of their heroes. Emerging amid the exhilarating melee of the mid-‘90s stoner rock and doom explosion, the Londoners immediately endeared themselves to a generation of metal fans by simply going for it at full, beer-swilling pelt. Nobody survives 25 years in the music business without experiencing a few lows to counterbalance the highs. Orange Goblin are no different, of course, but while Ben and his comrades – guitarist Joe Hoare, bassist Martyn Millard and drummer Chris Turner – have negotiated plenty of obstacles along the way, a straightforward and unpretentious attitude has enabled them to weather every storm. 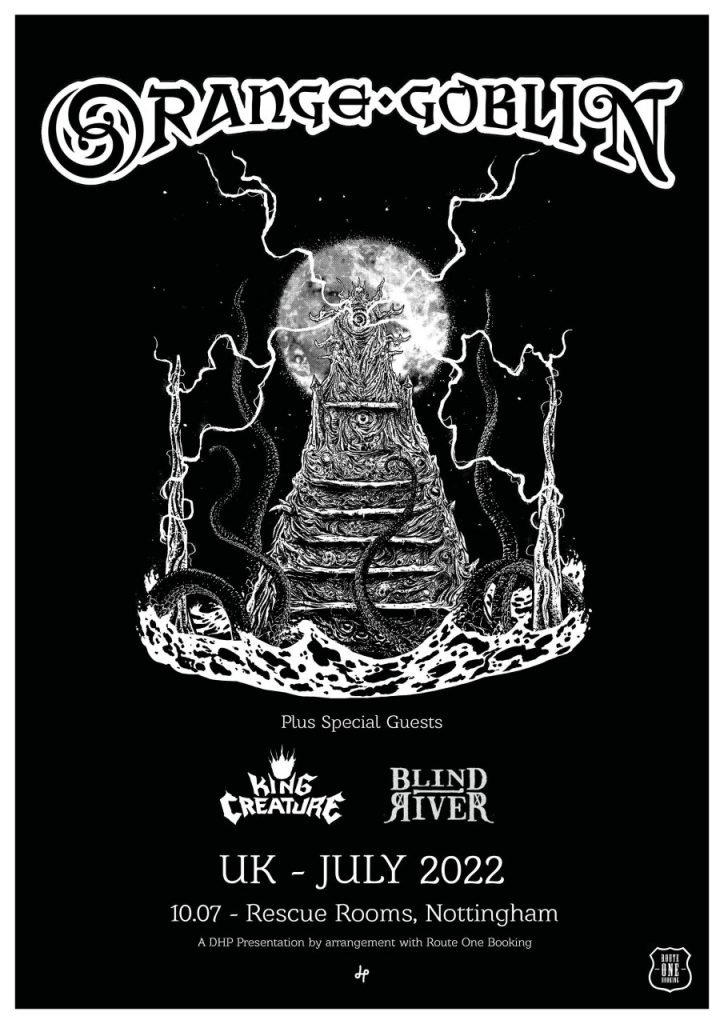