Tickets are now available for Pussy Riot at Rescue Rooms.

Now out of jail and away from her house arrest for the support of Russian opposition leader Alexey Navalny, Maria Alyokhina and her infamous Russian feminist protest art collective PUSSY RIOT are coming back in the UK this October and November to perform Riot Days Live.
Following a hugely successful UK tour in 2019 that included a 10 night stand at Summerhall for Edinburgh Fringe, PUSSY RIOT return to the UK at a very poignant moment for world affairs, with a revised show that now spans the prosecution of political prisoners, and Russia’s aggression against Ukraine.

Pussy Riot gained global notoriety in 2012 when five members staged a Punk Prayer performance inside Moscow’s Cathedral of Christ the Savior, resulting in the imprisonment of Maria Alyokhina, Nadezhda Tolokonnikova, and Ekaterina Samutsevich.
Continuously unwavering in their highly charged and political ideology, Pussy Riot’s music is based around feminism, LGBT rights, and opposition to Russian President Vladimir Putin, whom the group considered a dictator.

Originating as the theatrical accompaniment to Maria’s memoirs of the same name, the Pussy Riot : Riot Days show has toured the world and is an innovative combination of live punk rock, theatre and film, delivered with a highly personal narrative from Maria Alyokhina. Far from being a conventional gig, Riot Days is instead a hard-hitting, punk spirited and encapsulating piece of art theatre. 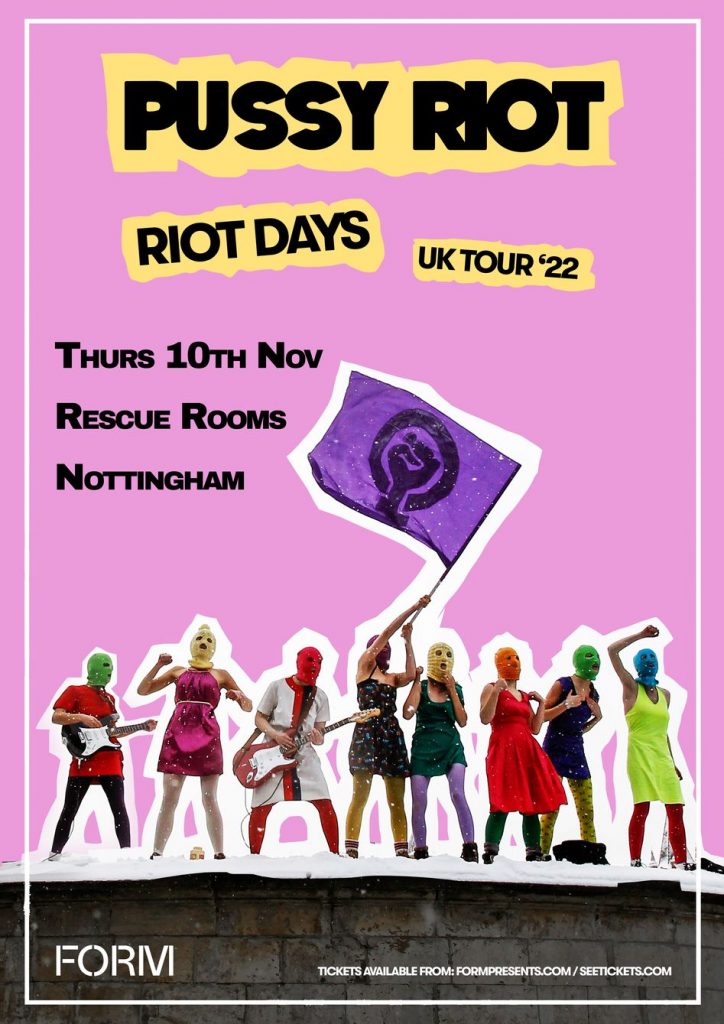