The House of Love

Tickets are now available for The House Of Love at Rescue Rooms.

THE HOUSE OF LOVE

The post-Smiths guitar pop of the House of Love was popular for a short time in the late ’80s and early ’90s, as many college and alternative rock fans became converts to their mixture of shiny ringing guitars, pseudo-psychedelic melodies, and bursts of noise. The British group formed in 1986; it featured Guy Chadwick (vocals, guitar), Terry Bickers (guitar), Andrea Heukamp (vocals, guitar), Pete Evans (drums), and Chris Groothuizen (bass). Their demo tape attracted the attention of Alan McGee, the head of Creation Records. McGee signed the band for a single, “Shine On,” which was released in May of 1987 to some critical acclaim; it and its follow-up, “Real Animal,” both sold poorly. Following a tour supporting the singles, Heukamp left the group. Instead of replacing her, the House of Love continued as a quartet, releasing their untitled debut album in the spring of 1988. Many U.K. critics called it one of the finest records of the year, and the band built up a cult audience.

The following year the band moved over to Fontana (PolyGram in the U.S.) and released two singles, “Never” and “I Don’t Know Why I Love You,” that failed to crack the British Top 40. By the end of 1989, Bickers left the group; he was replaced by Simon Walker. The House of Love’s second untitled album — often referred to as “Fontana” or “The Butterfly Album” — was released in early 1990 to lukewarm sales and reviews; the band’s revivalist guitar pop didn’t fit in with England’s club-conscious pop scene, spearheaded by the Stone Roses and Happy Mondays. After the group’s 1990 tour, Walker left the group and was replaced by Simon Mawby. The House of Love returned in early 1992 with Babe Rainbow, which received favorable reviews yet weak sales. The continuing lack of commercial success began to wear on the band, leading to their 1993 disbandment, which followed a weak swan song, Audience with the Mind. A few years later, Chadwick emerged with a pleasing solo album, Lazy, Soft & Slow, produced by the Cocteau Twins‘ Robin Guthrie. In 2005, Chadwick and Bickers made amends, played several gigs, and released Days Run Away.

Over the next few years, several archival releases appeared, including a collection of BBC sessions; then in 2012 came a triple-disc deluxe version of the 1988 debut along with other reissues from Cherry Red. These all preceded a brand-new album from House of Love, a record called She Paints Words in Red, which was released in April 2013. In November of that year, the band recorded their first live album, Live at the Lexington 13.11.13, which was released in 2014. 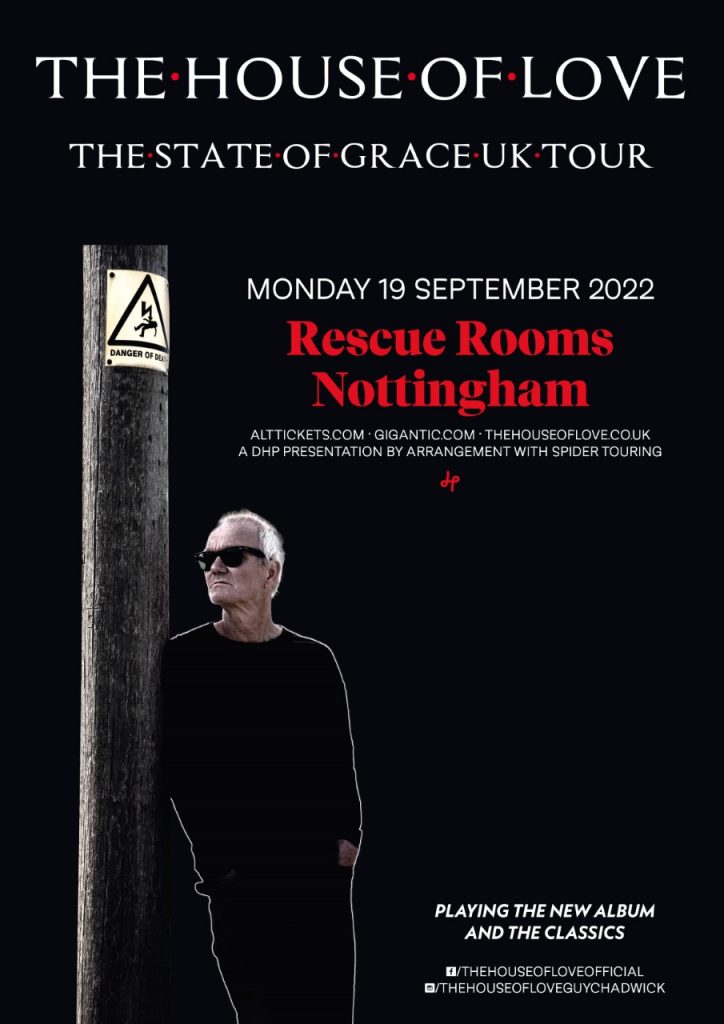 The House of Love ON SPOTIFY