The K’s are a lively bunch full of energy and charisma that’s hard to ignore. Recently signed to Alan McGee’s new label, Creation23, the band are currently killing the live circuit. The K’s were formed in Earlestown in 2017 and the lads grew up together in the shadows of two huge North West neighbours, Manchester and Liverpool. After watching a video of The Jam performing ‘In the City’ live at The Circus, vocalist/rhythm guitarist Jamie Boyle and bassist Dexter Baker were inspired to pick up guitars and see what noise they could make themselves. The K’s were born and soon after they drafted in an experienced lead guitarist, Ryan Breslin. Following discussions at an after-party they had all attended, Breslin was impressed with the unmistakable energy of vocalist Boyle and felt The K’s could be the vehicle he needed for his own head on approach to music and guitar playing. Fast forward to 2018 which saw the addition of Jordan Holden on drums to complete the line-up. The K’s debut single ‘Sarajevo’ was an instant hit on music streaming sites, picking up fans and playlists alike and was quickly followed by their first headline show at Manchester’s Deaf Institute which sold out  2 months in advance. 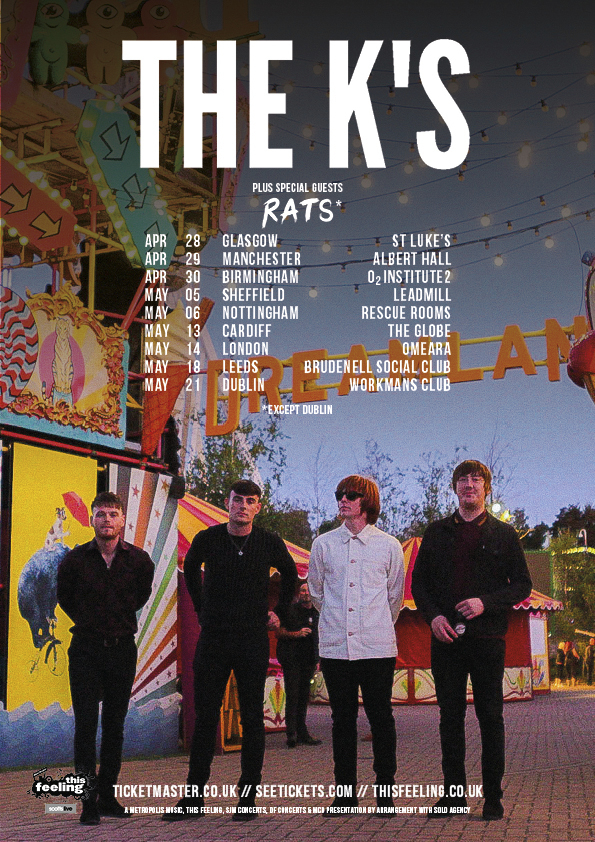 The Ks ON SPOTIFY