Tickets are now available to see The March Violets at Rescue Rooms!

The March Violets formed in 1981 by Tom Ashton, guitar, Laurence Elliot, bass, Simon Denbigh, vocals and Rosie Garland, vocals. John Peel booked them for a session before any records came out, then Andrew Eldritch of Sisters of Mercy issued their first two 7″ on his Merciful Release label in 1982.

Their started their own Rebirth label in 1983 and constantly featured high in the UK indie charts. ‘Snake Dance’ reached #2 and ‘Walk into the Sun’ went to #1. A compilation ‘Natural History’ followed. Line-up changes left Cleo Murray on vocals from the 1985 ‘Deep’ single, an indie chart #2 hit. In the US a compilation ‘Electric Shades’ was issued.

In 1986 they signed to major label London Records. ‘Turn to the Sky’ got onto the John Hughes film ‘Some Kind of Wonderful’ along with a live show. However, things didn’t work out and in 1987 they split. In 1993 the CD compilation ‘The Botanic Verses’ covered their 1982-1984 catalogue.

The band reformed in 2010, with tours and new recordings, but illness twice intervened and it ended in 2016. In 2021 an RSD 2LP ‘Big Soul Kiss’, six BBC sessions with many unreleased songs. came out on Jungle Records. Then in 2022 a 2LP ‘Play Loud Play Purple’ and a 5CD box-set ‘The Palace of Infinite Darkness’ with two discs of unheard rarities were issued.

In October 2022, the band announced a reunion for 2023/24 with Tom Ashton, Rosie Garland and William Faith planning gigs and further recordings, alongside a new website and Facebook page. 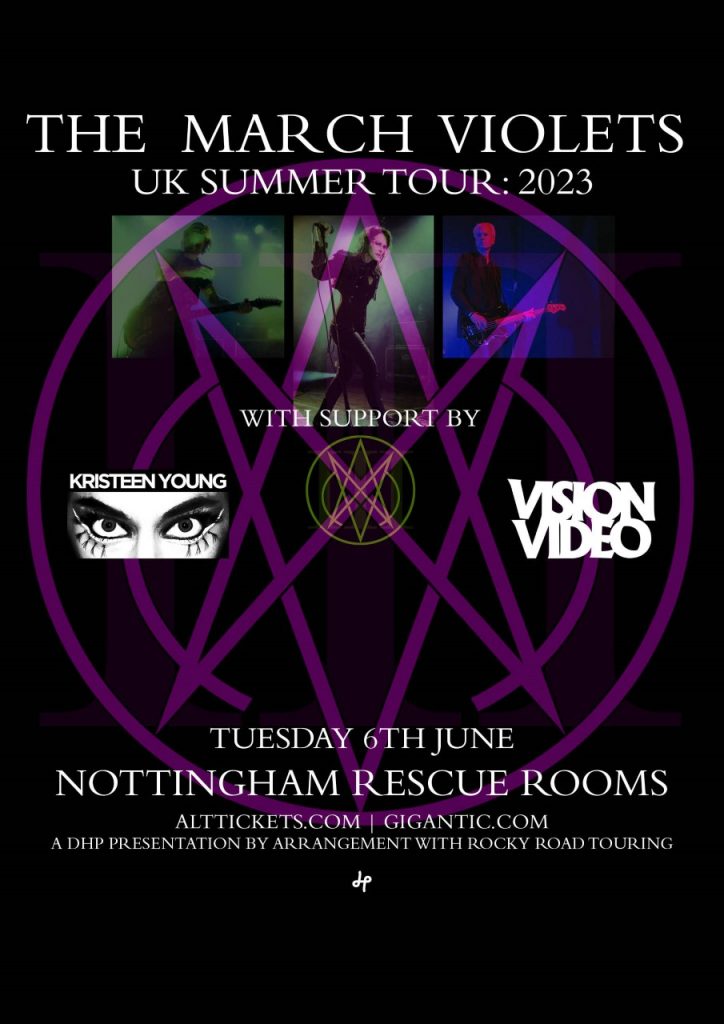 THE MARCH VIOLETS ON SPOTIFY