The Smyths are a joyous celebration of arguably the greatest band of all time. Thrillingly accurate, the group have amassed a huge following and regularly sell out huge venues both here and abroad. You may also know them from their massively popular appearances at the Williams Green stage at Glastonbury.

With 2020 and 2021 being the 35th anniversary of ‘Meat is Murder’ and ‘The Queen is Dead’ respectively, The Smyths will be playing both albums, alongside the usual Smith’s classics and hits. 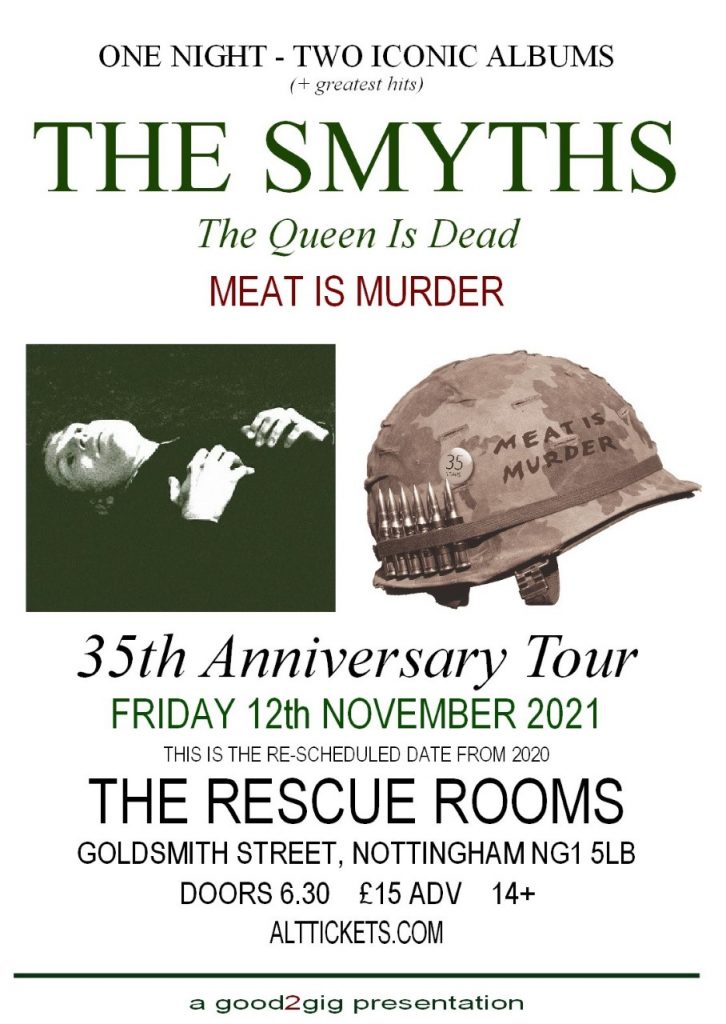