St Albans quintet Trash Boat have today announced their biggest ever UK headline run, running across the end of October 2021 and culminating at London’s iconic Electric Ballroom. The announcement comes hot on the heels of most recent single ‘He’s So Good’ which see’s the band on stirring, transformative sonic form and tackling issues around homophobia with a timely directness and candour. Proceeds from merchandise released around the single continue to be donated to AKT, a charity supporting LGBTQ+ youth at risk of homelessness.

Of the tour, frontman Tobi Duncan shares “It seems as though we have passed the most ignominious musical year in recent history. Live performance is the tangible soul of any musicians career, without it, it feels like you’re married to someone who you can only ever talk to via video chat. It only feels partly real and endlessly frustrating.” “An entire year of pent up energy is due to be released on stage. This will be Trash Boat like you have never seen us before. An entirely new beast, ready to take over the world. We look forward to everyone joining us for the ride. And trust us, we have much, much more to come.” 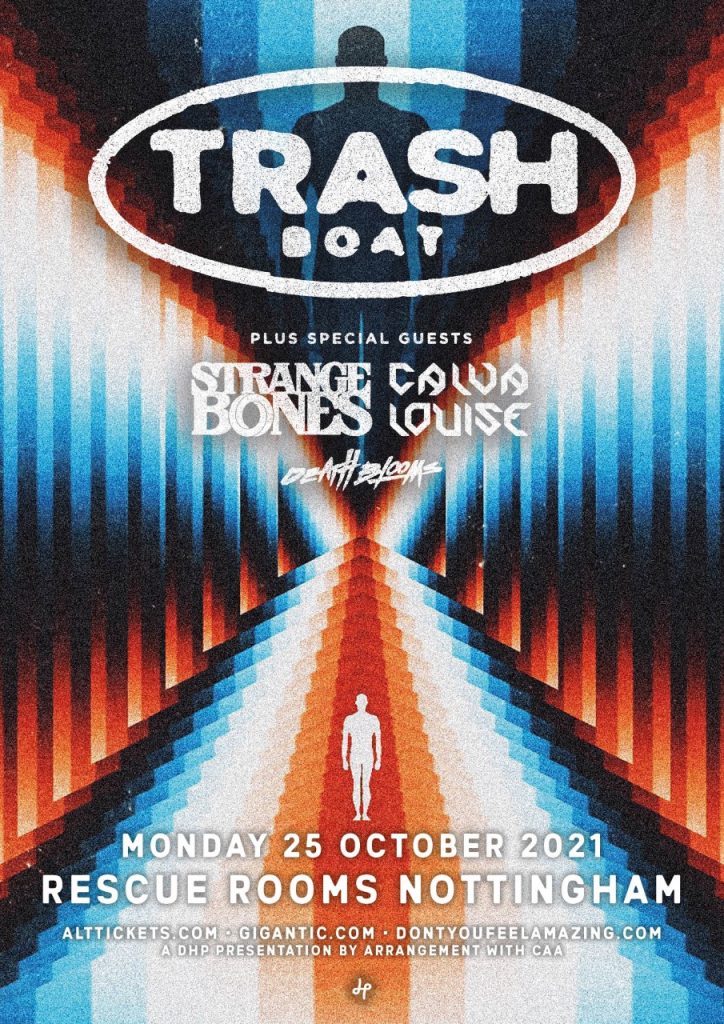