Versatile release a new music video for their latest single Terminal 1, announce a headline Ireland and UK tour and set the release date for their debut album ‘FUCK VERSATILE’, available everywhere from 21st of May 2021.

” A bunch of wide-eyed, but not in the least bit innocent, Dubliner’s
whose music perfectly captures the time and the place they’ve grown up in. Forty-years ago Hot Press were saying those sorts of things about U2. “

Their headline show at Cork Marquee (5,000 cap) sold out in less than 10 minutes making it the biggest Hip Hop concert to be headlined by an Irish artist in Ireland. This was a huge milestone for Versatile as one of their idols Snoop Dogg headlined the same stage in 2010.

This success was soon followed by their unforgettable performance at Longitude Festival ‘19 to a 40,000 strong crowd sharing the stage with Cardi B and Stormzy.

Following that they sold out their biggest headline concert to date at the Three Arena Dublin (12,500 tickets). Once again tickets sold out in a matter of hours. Leading up to this show Versatile released a single & music video for ‘Escape Wagon’ featuring Coolio. The Compton legend joined Versatile as a surprise guest at their sold out 3 Arena show in Dublin and they performed Escape Wagon + his timeless anthem ‘Gangsta’s Paradise’ together.

Next up Versatile landed a spot on Snoop Dogg’s ‘I Wanna Thank Me’ Arena Tour alongside Warren G, Obie Trice, D12, Tha Dogg Pound and RJmrLA with dates throughout the U.K, Ireland & Europe, this iconic line up will be touring in 2022. 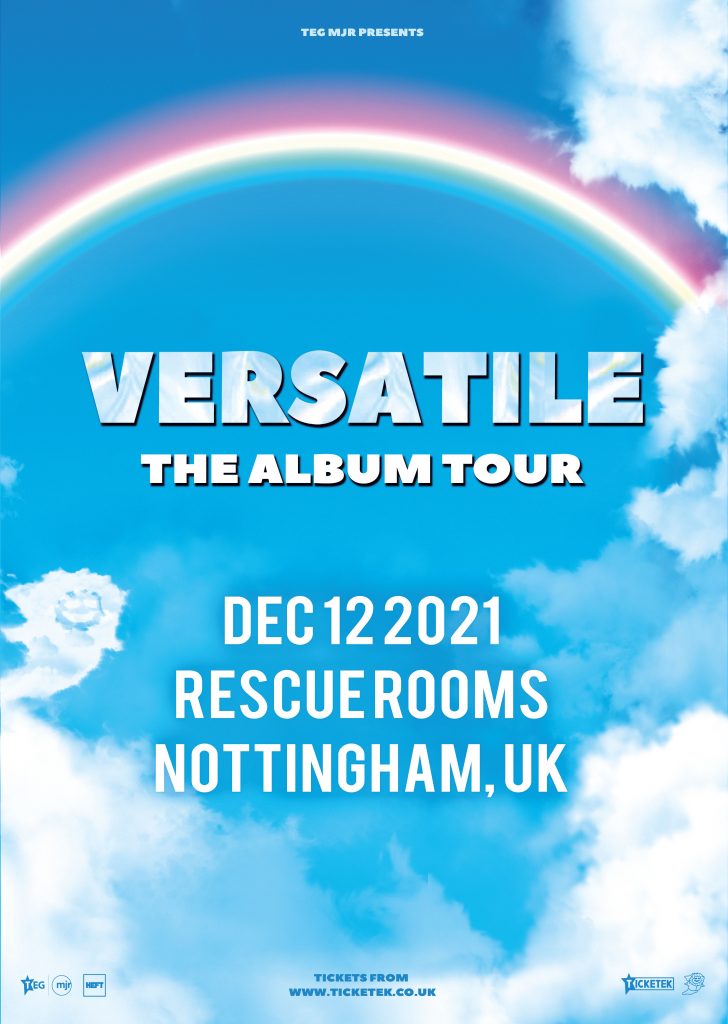