Tickets are on sale now 👉 Get Tickets for The Brian Jonestown Massacre!

Named in tribute to the legendary Rolling Stones guitarist and his influence in introducing Eastern culture and music into the world of Western rock & roll, the Brian Jonestown Massacre formed in San Francisco, CA, in 1990. Some 40 different members passed through the group’s ranks over the next half-decade, but their focal point always remained singer/guitarist Anton Newcombe, along with other musicians recorded the Massacre’s 1995 shoegazer-influenced debut LP, Methodrone. A collection of early recordings, Spacegirl and Other Favorites, followed on the band’s own Tangible label in early 1996, and was the first of four Brian Jonestown Massacre LPs to appear that year. Next up was the brilliant, Their Satanic Majesties’ Second Request, a full-blown homage to the Stones’ glorious psychedelic- era excesses. Recorded live in the studio, the grittier Take It from the Man! found the band exploring even broader territory. Finally, the year ended with the release of Thank God for Mental Illness, a showcase for strong country and blues leanings.

In 1997, the BJM resurfaced with a new full length album Give It Back! After signing to TVT, they released Strung Out in Heaven the following year, but the band’s own eccentricities kept them from staying on the label. After a few scattered EPs, they resurfaced in 2001 with Bravery Repetition and Noise, distributed by Bomp. And This Is Our Music followed in 2003. Despite a continued lack of major distribution, the Brian Jonestown Massacre earned the largest profile of their career in 2004, when the band became the unlikely focus of an award-winning documentary, DIG!, which charted the trials of Newcombe and those of his rival, Courtney Taylor, leader of the Dandy Warhols. The We Are the Radio EP followed in August 2005.

Three years later, Anton Newcombe reinvented the band as he had obtained all the releases of his past albums & formed his own label ‘a recordings’ .
His first new album on this label was My Bloody Underground, featuring yet another lineup and a hint of shoegaze and noise pop. Who Killed Sgt Pepper? followed shortly after, being made available in streaming format at the end of 2009 and receiving an official release on February 27th, 2010.

The band have toured throughout the years to Australasia , Japan , North America & Europe , in 2010 they finished a 16 week world tour which ended in June.
In late 2010, Newcombe found premises in Berlin & proceeded to work on building his studio. The band released worldwide a 2CD compilation of their single releases in August 2011, In 2012 , the band released their 13th full length album “Aufheben” with tours in Australia , the USA & Europe .

Touring Australia in 2013 included BJM headlining the prestigious Meredith Music Festival in Victoria, with sold out shows at The Hi Fi in Sydney and The Palace in Melbourne as high lights of the tour .

In 2014 , The Brian Jonestown Massacre release ‘Revelation’ was released on the 19th May and were supported by dates in Austin TX headlining The Austin Psych Fest and additional dates on the west coast .
An extensive tour of mainland Europe to include the bands first ever dates in Warsaw, Prague and Athens is also to support their 14th full length album ‘Revelation’ . This album has original and long time member Ricky Maymi along with other musicians recording with Anton on this new album.

In 2015 the band celebrated their 25th anniversary , they released an album in April called “Musique de film imagine” which was an imaginary film soundtrack album featuring the track ‘Bonbon’ which has, ironically, been used in ‘Dheepan’; the Palme D’or winner at Cannes film festival 2015 . They also released a 7 track mini album in November called “Mini Album Thingy Wingy” the they toured Australia & New Zealand .

In 2016 , the band played Berlin & Cosmosis Festival (Manchester UK) in March , then embarked on a US & Canadian tour that started on 29th April & ended on 2nd June taking in 28 dates . They released the single “Bout des doigts” in June 2016 & then another single in September called “The Sun Ship” . Through out June & July the band toured Greece , the UK
, Ireland , France & the Netherlands doing 21 dates . In August the band were back in Europe doing 13 dates in France , Switzerland , Italy , Hungary , Germany , Spain & Portugal.
They then released their seminal album “Third World Pyramid” in October 2016 . They then played in Joshua Tree National Park in California then Chile & Argentina in November 2016.

In 2017 they released 3 singles in January& February 2017 (“Groove Is In The Heart”, “Open Minds Now Close” & “Dropping Bombs On The Sun (UFO Paycheck)” ) followed by the album “Don’t Get Lost” also released in February . The band also played LA , Houston, Dallas , Austin & Mexico in March 2017 . The band toured again in August starting in Las Vegas , then doing 5 East Coast tour dates in September.

In 2018 , the band released a “Hold That Thought” single in May & an album “Something Else” in June . also they undertook a hugely successful global tour (starting in the USA in April & finishing in the UK in October) – taking in USA, Canada, Australia, New Zealand and Europe . They also released the single “Forgotten Graves” on 30th November .

Between 2020 & 2021 , Anton & some of the band returned to the studio in Berlin , being joined by other members remotely to record over 50 songs .
Also Anton with Dot Allison(Massive Attack) wrote & recorded music for a six part TV dective series called”Annika”

The band are touring the US & Canada with special guests Mercury Rev starting in March 2022 , a new album is going to be released May/June called “Fire Doesn’t Grow On Trees” & another album to come out in October /November called “The Future Is Your Past” 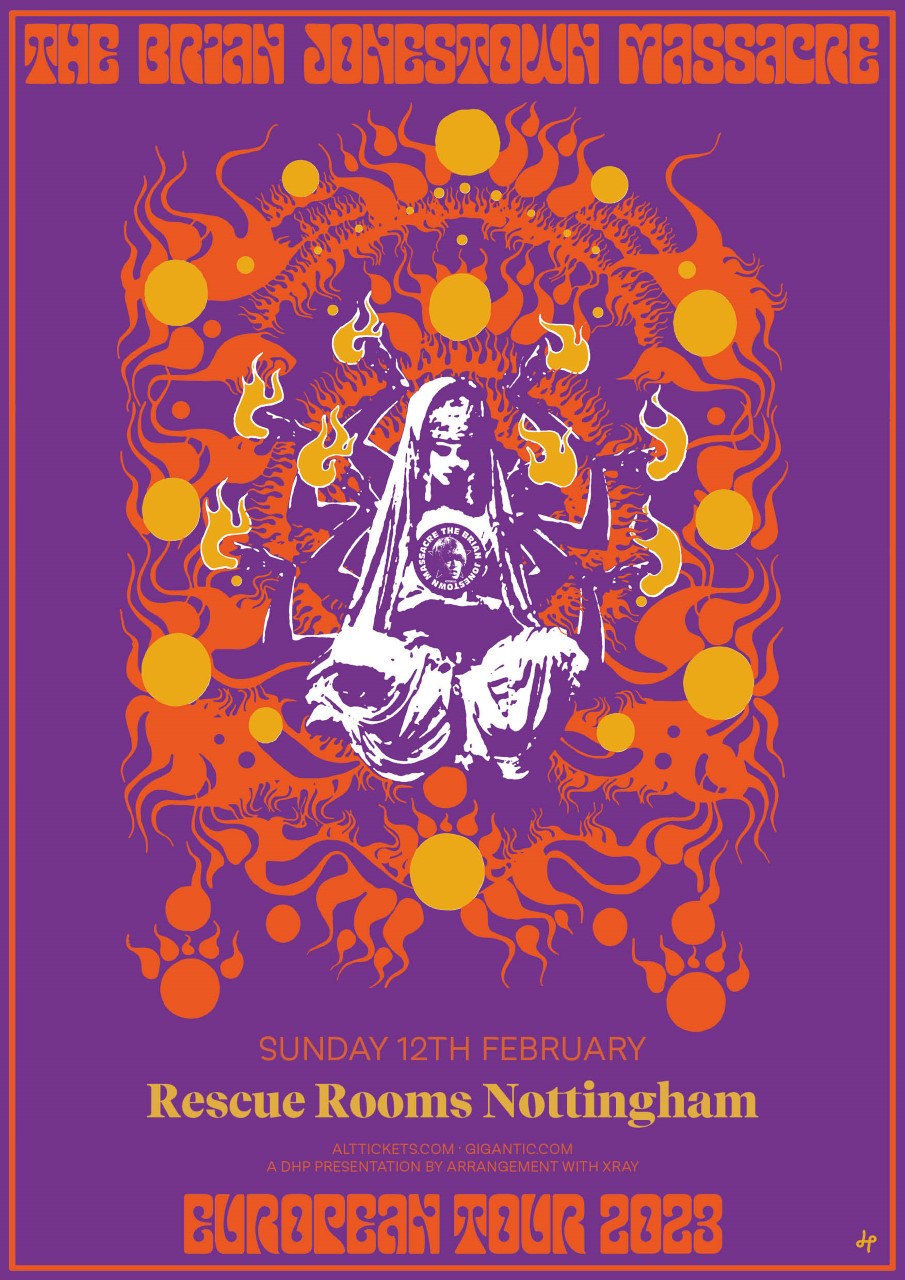