NEWS FROM WE ARE THE OCEAN 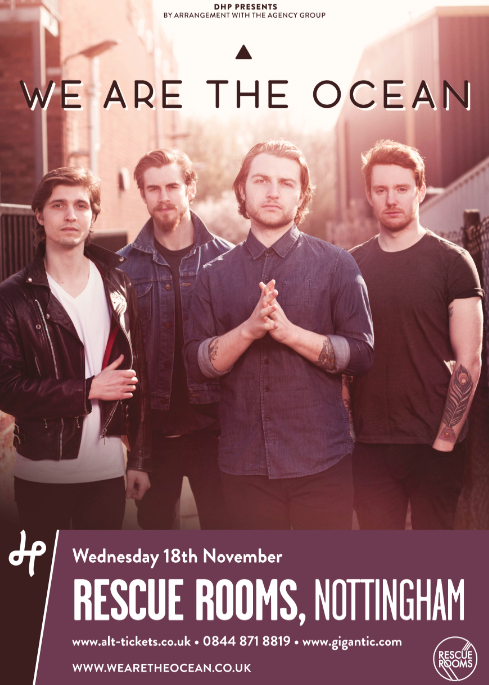 Today we announced a big We Are The Ocean gig for 18th November, and here’s some news from the band:

We Are The Ocean today announce their latest UK headline show for this November. Hot on the heels of a busy summer of festival appearances – including a show a Reading & Leeds and a tour with Lower Than Atlantis- these shows will see We Are The Ocean bringing a host of new tracks from their current album Ark to their set of established live favourites such as ‘The Waiting Room’ and ‘Young Heart’. Latest album ‘Ark’ draws from a fresh palette of influences, and the epic eponymous title track, the sleazy groove of Good For You and the anthemic ‘Holy Fire’ – which was recently B-listed on Radio 1 – are already firmly established as favourites in their stunning, sweat drenched live sets.

After five years of building a supremely committed fan base, ‘Ark’ sees the Essex based four-piece – Liam Cromby (vocals), Alfie Scully (guitar), Jack Spence (bass) and Tom Whittaker (drums)- return with an ambitious new sound. Having cut their teeth in the baptism of fire that is the US Vans Warped Tour, before graduating to the festival circuit and supporting Muse on their European stadium tour, ‘Ark’ (out now on BMG Chrysalis) is the sound of a band coming of age.

Tickets go on sale for their show at Rescue Rooms this Friday!