We’ve been having a read of The Guardian‘s run down of the best albums and tracks of 2014, as voted for by their writers, and it’s well worth checking out music fans. 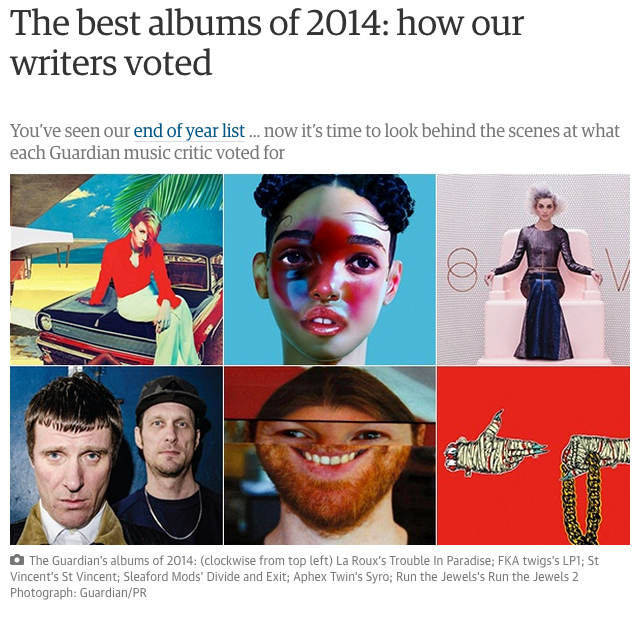 Very pleased to say there’s a fair few artists on the list that have either played here or will be playing here very soon, including:

Also check out Nottingham’s own Ronika and Jake Bugg making it onto the list!

You can get a run-down of all the artists we’ve got coming up (all of whom are obviously worth checking out) and you can get tickets for the above acts via our gig listings: http://www.rescuerooms.com/gig-guide

Have a read of the Guardian‘s full run down here: http://www.theguardian.com/music/2014/dec/16/the-best-albums-of-2014-how-our-writers-voted