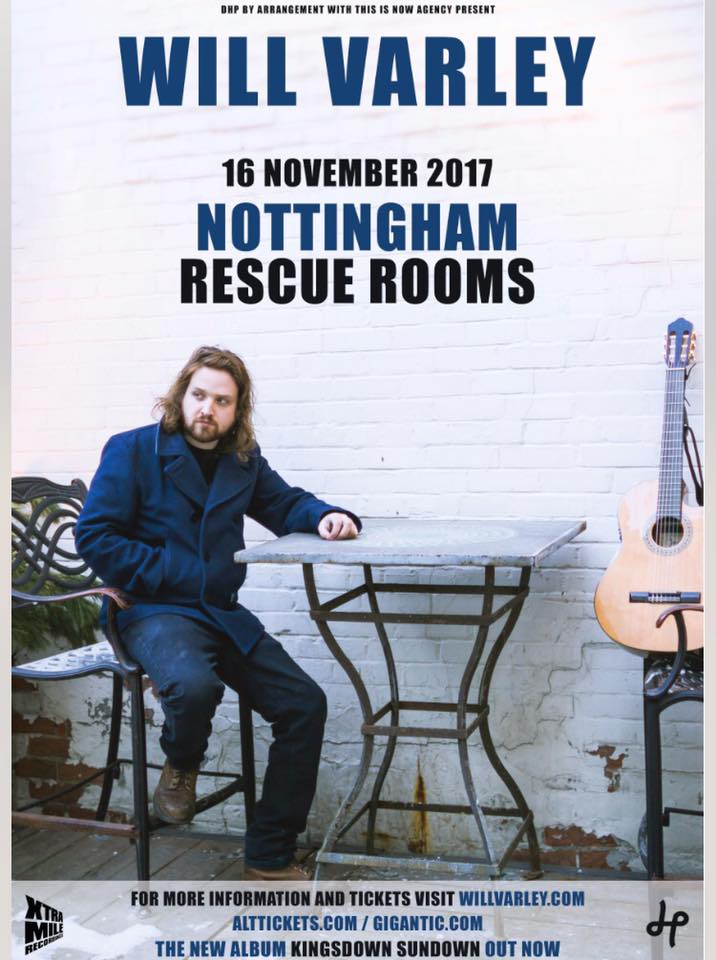 After selling out the Union Chapel in London last year, rambling folk singer Will Varley announces his biggest headline tour to date, culminating with a show at London’s legendary Shepherds Bush Empire.

Momentum has been growing around the young troubadour since the release of his 4th studio album ‘Kingsdown Sundown’ and this year he is poised to bring his music to an even wider audience. The album was released in November 2016 to rave reviews, reaching number 5 in the Official Independent Album Breakers Chart and receiving four stars from The Independent.

Darkly comic, often politically charged and always emotionally loaded, Varley’s live shows have been drawing crowds across the world, and his headline tours have seen him selling out venues from Berlin to New York and everywhere in between. Last summer saw triumphant festival appearances at the likes of Glastonbury and Cambridge Folk Festival, with packed tents shouting along to every word.

Tickets can be purchased from http://www.willvarley.com/

It’s been a meteoric rise for the 29 year old who started self-releasing his albums and travelling around England on foot only five years ago. Since then he signed a deal with independent music champions Xtra Mile Recordings and toured extensively across the UK, Europe and North America opening for supporter and label mate Frank Turner, Scottish heroes The Proclaimers and Billy Bragg.

Will Varley epitomises the DIY attitude. From the festival and record label he co-runs in Kent to his self-directed music videos which have clocked up millions of views online, Will revels in being a driving force in every aspect of his music. Since its release Will has been working on more new material and after lots of adventures abroad he’s hugely excited about returning for a headline tour in the UK this autumn.

“A serious new talent who has found his own, unique voice and will quench the thirst of audiences across the world” – Simon Nicol of Fairport Convention

“There’s a flinty, wounded edge to Will Varley’s delivery that recalls the Dylan of The Times They Are A-Changin’,” 4/5 – The Independent

“One of the best songwriters in the UK” – Frank Turner