Confidence Man are unarguably one of the hottest acts on the planet right now. A portable party that’s levelled dance floors and flattened festival crowds as it’s rolled out across the world, their performances are custom designed to make you dance and lose your cool.
Within only three years of their conception, the Australian four-piece (led by Janet Planet and Sugar Bones) have already played at some of the biggest festivals in the world including Rock en Seine (Paris), Primavera Sound (Barcelona), Governors Ball (New York), Glastonbury (UK) and Splendour in the Grass (Australia).
While the act’s last single, “Does It Make You Feel Good” dealt in the universal glee of the dance-floor, their latest bop swerves hard in another direction. “First Class Bitch” is an in your face, tongue in cheek anthem. Boasting a hook that Charli XCX will wish she’d written the moment she hears it, “First Class Bitch” is designed to make you feel like you’re on top of the world, at the top of your game, no matter where you might be in
reality. Especially in this cursed 2020, that’s priceless.
Parading within a brand of dance pop that sounds like Donna Summer and Giorgio Moroder gleefully discovering house music via Dee-lite, there’s no question that Confidence Man will make you turn it up. Go ahead, feel yourself. It’s ok. Confidence Man have given you that. It’s in the name, after all. 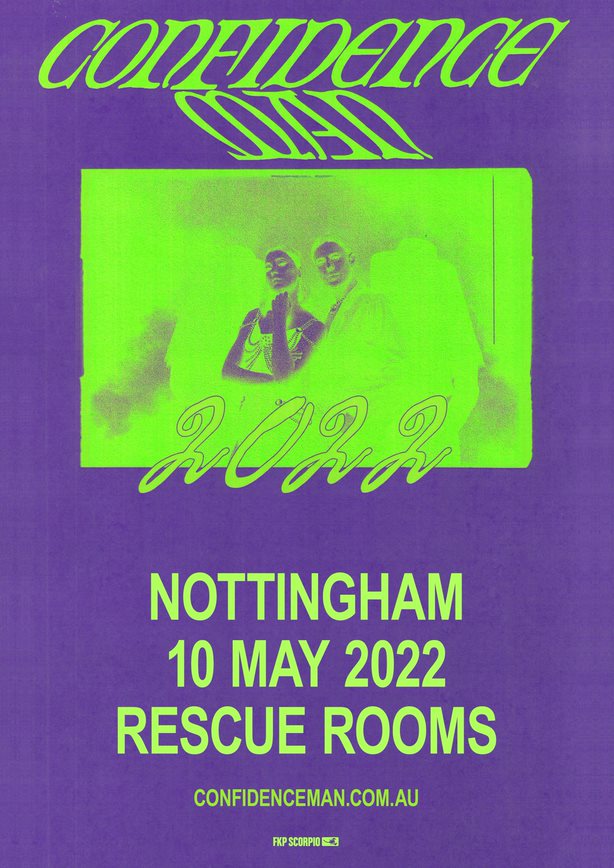