Hayseed Dixie, the undisputed world heavyweight creators of the musical genre, “Rockgrass,” began on September 22, 2000 when John Wheeler (aka Barley Scotch) stumbled across a wrecked car on an isolated mountain road near Deer Lick Holler, East Tennessee. Examining the wreckage, he found a stack of old-school vinyl record albums by a group he had never before heard of called AC/DC. Taking these records back to town and playing them on the only thing he had to play them on, a 78rpm Victrola, it was forthright revealed to John and the boys that the “Lost Highway” of Hank Williams and the “Highway To Hell” of AC/DC were indeed the very same road.
Thus Hayseed Dixie was formed and set out to record some of these new songs in their own mountain music style, the way the Good Lord intended. The first Hayseed Dixie album, “A Hillbilly Tribute To AC/DC,” contains stark-raving-plastered hillbilly re-workings of 10 classic AC/DC songs. Released worldwide on April 17, 2001, much to the surprise of everyone involved, this debut album proceeded to sell more than 150,000 copies in the first year of its release in the US alone. So the boys hit the road in the Summer of 2001 to play some live shows, chase some women, and drink some beer & whiskey. And they haven’t stopped since.
Hayseed Dixie have released a further 16 studio albums Rockgrass re-workings of a wide range of rock and pop songs as well as many inspired original songs such as “She Was Skinny When I Met Her,” “Corn Liquor,” and “I’m Keeping Your Poor (In a Jar)” – playing bluegrass instruments with a rock & roll attitude and delivery. Many converts and disciples have appeared over the years, and all are welcomed inside the Most Exalted Holy Congregation of Rockgrass. But there is and can be only one original, genuine article: Hayseed Dixie. Testify! 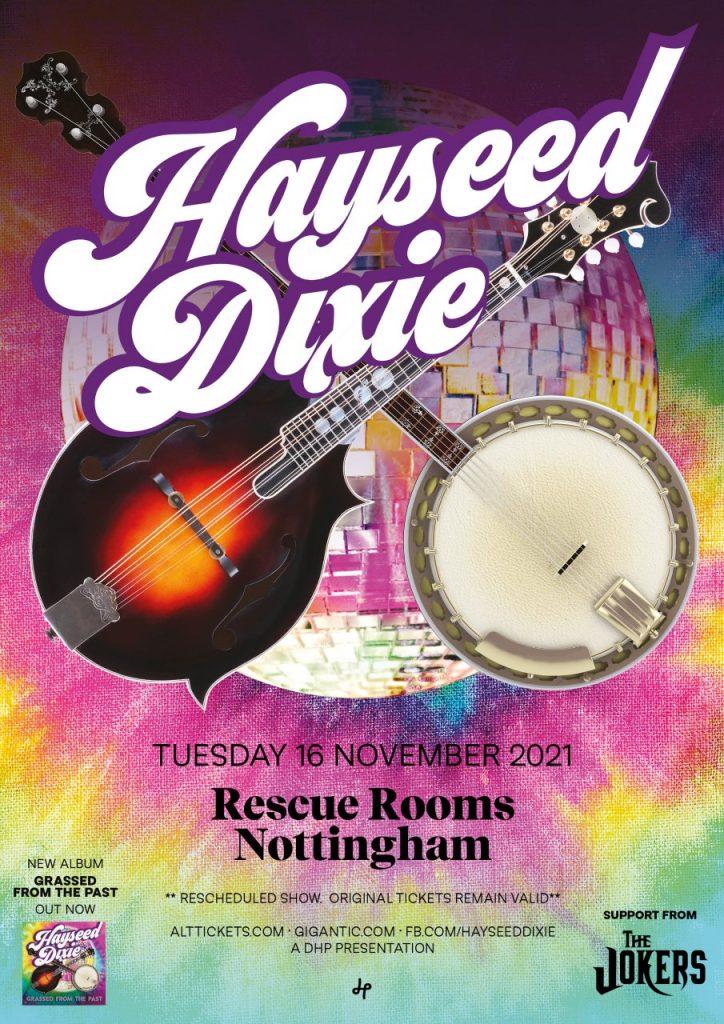