Tickets are now available for K-Trap at Rescue Rooms.

K-Trap rose to rap prominence due to his unorthodox flow, finesse and mystery which all remain at the heart of his artistry and sound. Emerging onto the scene in 2017 with ‘David Blaine’, Trap’s consistent stream of releases resulted in co-signs from the likes of Stormzy, Giggs, and Fredo and earned him a permanent spot in the UK music scene’s hall of fame.

Since establishing his own label and independence, Trap has been unstoppable from his critically acclaimed, ‘Trapo’ project late last year, to his Top 20 mixtape this year, ‘Joints 2’ featuring long-term friend and collaborator, Blade Brown.

Said so by the Trap himself “If you’re a true K-Trap supporter this is gonna be your best K-Trap year” and he is a man of his word. Filled with A-List collaborations soon to be revealed, the 19-track tape bridges the gap between 2017 Trap and present-day Trap, a young man who is still going through the growing pains of wanting a better life for himself and his family. 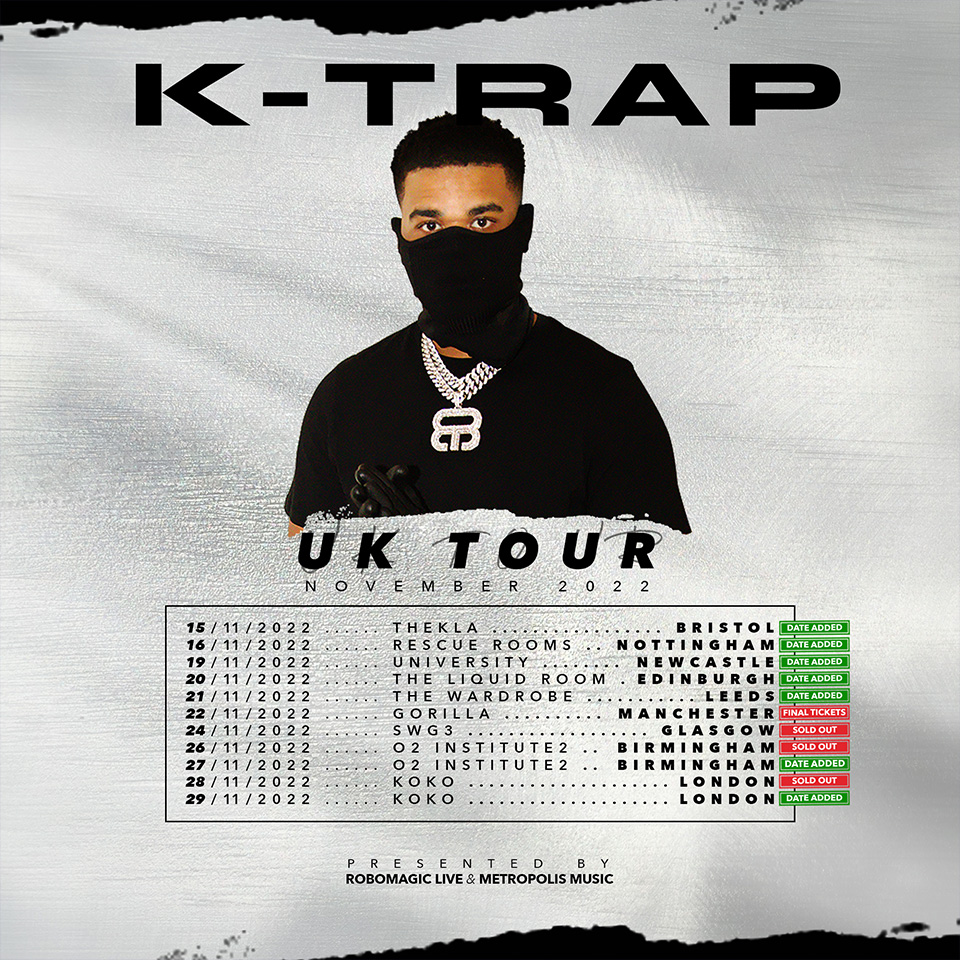