The father of the brothers, Hasse von Hertzen, played guitar in an early sixties band called The Savages, and later in The Roosters. Their uncle Lasse von Hertzen was a member of a well-known 1970s folk band in Scandinavia, Cumulus. So, the brothers grew up steeped in the rich musical traditions of their homeland mixed with an upbringing that saw them in and around nature (Kie’s godfather was one of the early Finnish environmentalist pioneers). This has led to their wonderful, unique world and musical vision.

Initially playing in separate bands, the brothers came together in 2000. Since forming the band they have become one of the most important and influential rock acts in their homeland, and one of the few acts to have successfully crossed into other markets in Europe and beyond. “Red Alert in the Blue Forest” is the band’s first album since 2017’s critically acclaimed “War Is Over” and the band’s eighth overall (including three No 1 albums in Finland). The band released a Greatest Hits in 2012.

New album “Red Alert in the Blue Forest” will see them spread their musical vision to a wider audience.

“With their ability to blend complex arrangements and uplifting melodies they have blazed a trail across Europe” – Metro newspaper, UK

Finland’s Von Hertzen Brothers are pleased to announce the release of a forthcoming new studio album, “Red Alert in the Blue Forest”, on the 18th March 2022. The album will be released through Doing Being Music.

From the opening salvo of album opener “Day of Reckoning” to the moving closing track “Disappear There” this is an album that is vast in scope but intensely personal. From the ethereal guitar tones and haunting melodies of the seven-minute opus “All of a Sudden You’re Gone” to the electronic shanty feel of “Pirates of the Raseborgian”, from the instant anthem “The Promise” with its chanted chorus refrain to gentle lush waves of “Söderskär”, this album should be listened to as albums are meant to be listened to – as a body of work, a journey. The sounds, rhythms and melodies of the album reflect the brothers’ unique upbringing – both musically and personally. Weaving in the mysticism of Finnish folklore and the countryside they grew up immersed in, the album track “Northern Lights” actually features distinct and rarely heard sounds of the Aurora Borealis as captured by Professor Unto K. Laine (https://www.eurekalert.org/news-releases/847977) Musically hard to categorise, drawing on elements of rock, folk, progressive and pop, “Red Alert in the Blue Forest” is an album that is dazzling in its scope. 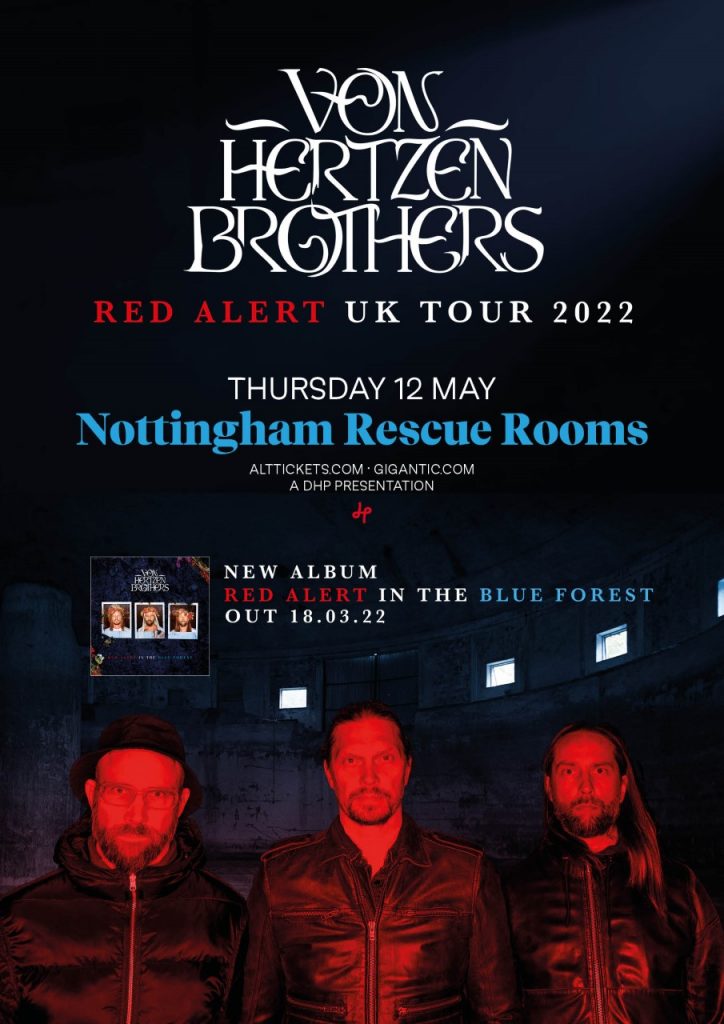