Core members Greg Dread and original bassmaster Leo Williams with legendary reggae vocalist Earl 16 are joined by Bazil on technology and new member Blake Robert (Greg’s son) on guitar in the 2022 Dreadzone live line-up. The band have also been joined on stage recently for a number of shows by North West London singer-songwriter Emily Capell. She features on 3 tracks on the band’s recent release – Dreadzone presents Dubwiser Volume Two – including a Dreadzone remix of a track from her album Combat Frock. The chemistry between Dreadzone and Emily is evident on the albums collaborations and is a perfect example of how the two work together.

Vocalist and MC Spee was forced to step back from the live line-up due to ill health in Spring 2022. In a brief hiatus the band refocussed their show and explored some different aspects of their history and catalogue ahead of their 30th anniversary next year. Dreadzone are an unstoppable force who have long been, and still are, one of the best live bands around with a loyal and ever growing fanbase due in part to their storming and energetic live shows.

Dreadzone have been releasing albums and progressively bettering, refining and perfecting their own unique and inimitable take on dub since their inception in 1993. Dreadzone opened the Pyramid Stage at Glastonbury in 1994 and began to bring their unique blend of electro, dub and reggae to a wider audience, going on to chart several singles including their Top 20 hit ‘Little Britain’. Their last studio album ‘Dread Times’, released on their own Dubwiser label, stormed into the Top 40 UK Official Album Charts on release – the first time the band have charted in over 20 years. 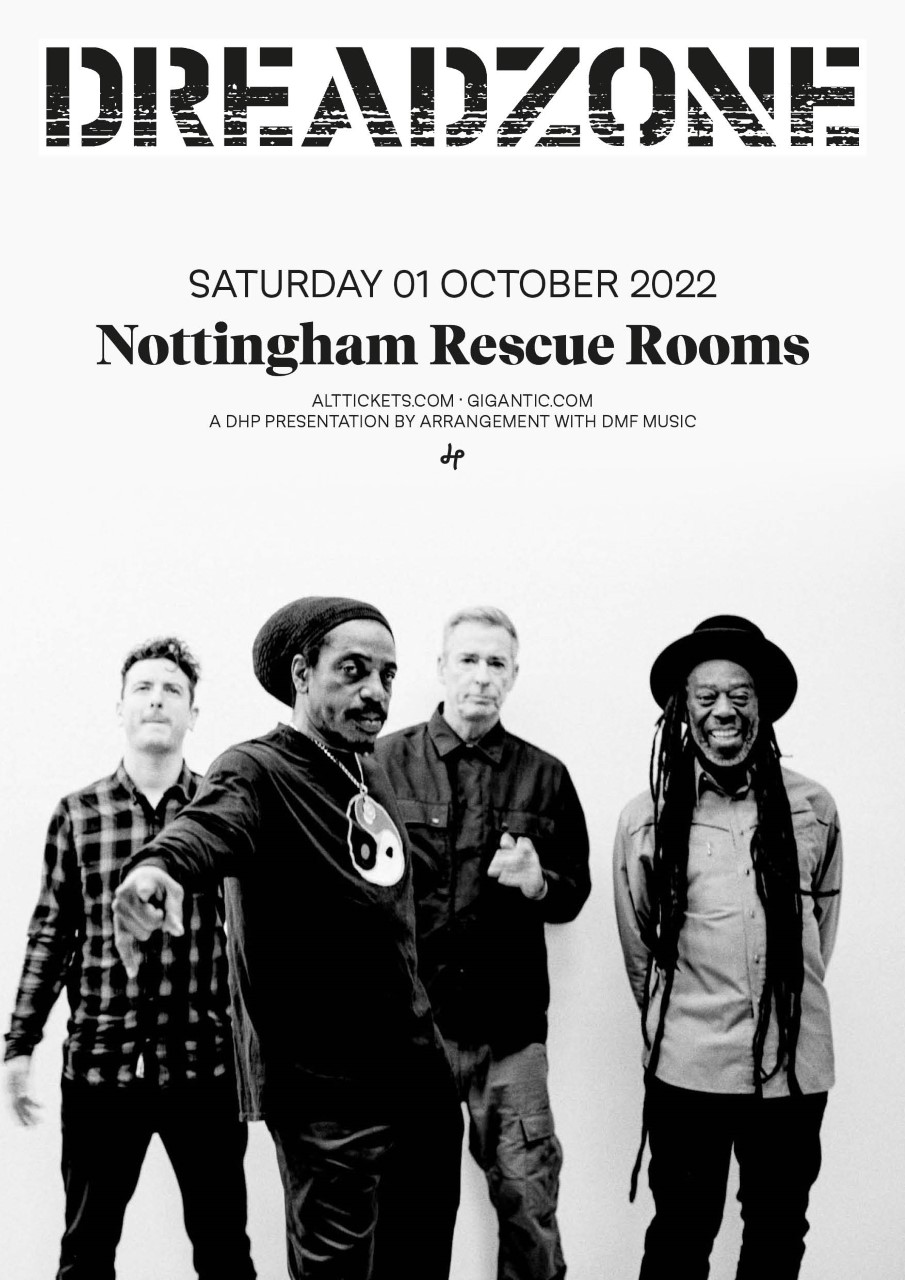