Tickets are now available to see A certain Ratio at Rescue Rooms!

A Certain Ratio were key to their native Manchester, England scene and consequently post-punk. The band debuted in 1979 with “All Night Party,” a single as astringent as anything else out at the time.

To celebrate the release of there new album, 1982, A Certain Ratio will be embarking on a UK tour throughout April 2023.

A Certain Ratio have shared their searing afrobeat-inspired track, ‘Afro Dizzy’, written around drum samples recorded by the late Nigerian master percussionist Tony Allen. The new single is the latest clue of what to expect from their forthcoming studio album, 1982 – out on Mute on 31 March 2023.

‘Afro Dizzy’ features one of Manchester’s fastest-rising neo-soul musicians Ellen Beth Abdi, Though a newcomer to A Certain Ratio, it says a lot about the band’s progressive instincts that she’s already as central to the process as the members who’ve been there since the 1970s. For ‘Afro Dizzy’ she penned her own lyrics around a whirling instrumental based on a sample pack of drums by Tony Allen. ACR, who have long idolised Allen, had hoped to one day work with him, and wrote the music for the track just days after he died, in 2020.

Even by the band’s high standards – which includes a gleeful disregard for boundaries of style and genre, their eye fixed firmly on constant movement forwards – their latest studio album 1982 is multidimensional. Recorded by the core ACR line up of Jez Kerr, Martin Moscrop and Donald Johnson, alongside Tony Quigley, Matthew Steele and Ellen Beth Abdi, it shoots off in every direction, whether via searing Afrobeat, mind-melting jazz breakdowns or moody electronic experiments.

And the album title? Although 1982 might conjure memories of the year that saw ACR put out both the acclaimed Sextet and the cult favourite I’d Like To See You Again, it’s more of a playful red herring than an invitation to nostalgia.

Looking backwards and forwards all at once, drawing on influences from across every spectrum, 1982 is an unpredictable record that will reward a dedicated listener dozens of times over. 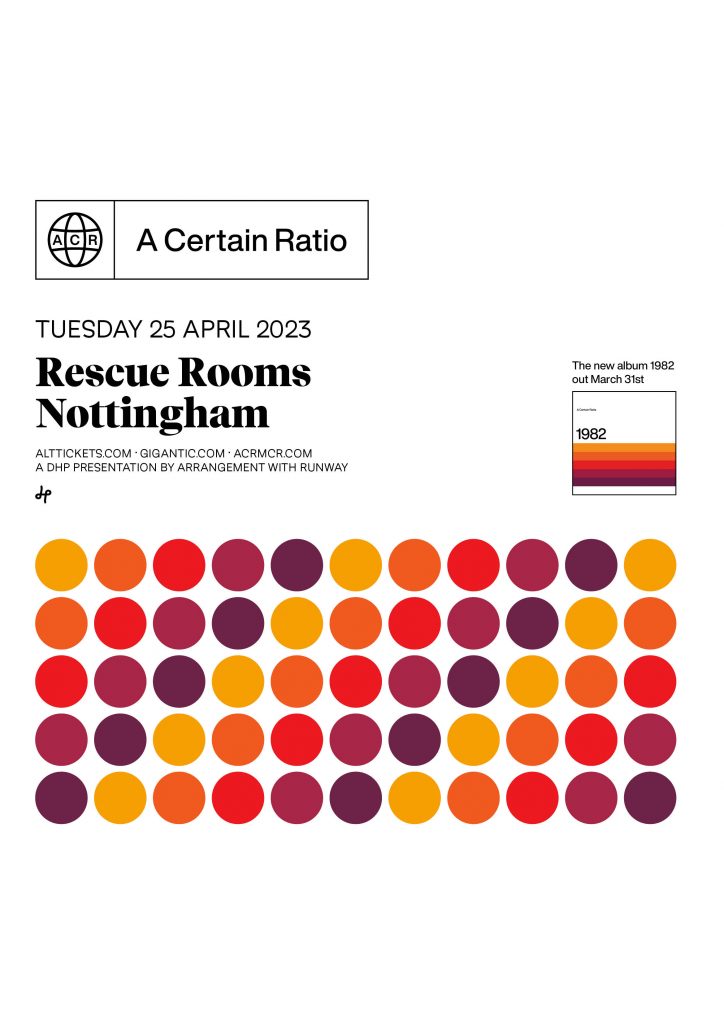 A CERTAIN RATIO ON SPOTIFY