Tickets are now available for Altered Images at Rescue Rooms.

Scottish new wavers Altered Images formed in early 1979, consisting of vocalist Clare Grogan, guitarist Tony McDaid, drummer Tich Anderson, and bassist Johnny McElhone. The teenagers cut a demo and sent it to Siouxsie and the Banshees, who were impressed enough to have the band open for them for several dates in support of their Kaleidoscope record. Two impressive BBC Peel Sessions helped the band land a contract with Epic. The Banshees‘ Steve Severin took them under his wing, producing their first two singles. Though neither did well, “Dead Pop Stars” gained controversy for its release shortly after the assassination of John Lennon. (The song was recorded prior to his death.) Both singles were striking for their dark post-punk leanings, which oddly went well with Grogan‘s youthful, chirpy voice. (See Cranes for another example of this juxtaposition.)

Severin continued to help the band with their first full-length, but the label brought in Martin Rushent, who would help the band craft more radio-friendly material. Happy Birthday definitely crossed over, but the siphoning away of the band’s dark edge in favor of bubbly pop lost them a few fans as well. Despite this, NME voted them Best New Group of 1981. Pinky Blue followed a year later, charting much higher than Happy Birthday. The inevitable press backlash failed to deny the band of any commercial loss. Anderson and second guitarist Jim McKinven (who had joined after the second single) left the group and were replaced by Steve Lironi.

After the lineup change, the band struck up an allegiance with producer Mike Chapman, who guided them through a move into somewhat synthetic dance pop. The singles weren’t faring well on the charts, but their third album Bite managed to do well, albeit briefly. After a couple lineup changes and a tour, the band broke up.

Grogan, who had starred in Bill Forsyth’s Gregory’s Girl (1980) prior to her band’s success, focused on acting in British TV shows, most notably Red Dwarf and East Enders. She essentially left music for good after recording an unreleased solo album in 1987 and forming the short-lived Universal Love School with mate Lironi, though she did pop up infrequently as a guest vocalist, including an appearance on the 6ths‘ Hyacinths and Thistles. Lironi also became a noted producer and session hand for Hanson and Black Grape. McElhone joined Hipsway and also spent several years in Texas.

After time spent working as an actress and children’s book author, Grogan jumped back into music in 2004 — the same year that Altered Images catalog was reissued on CD — forming an all-female version of the band to play the ’80s nostalgia circuit. She kept up a steady schedule of appearances on tours and festivals, while also working as an occasional radio host before she landed a steady gig in 2017 as a presenter on Absolute Radio 80s. In early 2018, Cherry Red reissued the Altered Images albums again under the years the Epic years. The set included all the extra tracks from the 2004 reissues and split eight extended remixes off on their own separate disc titled The 12″ Album. 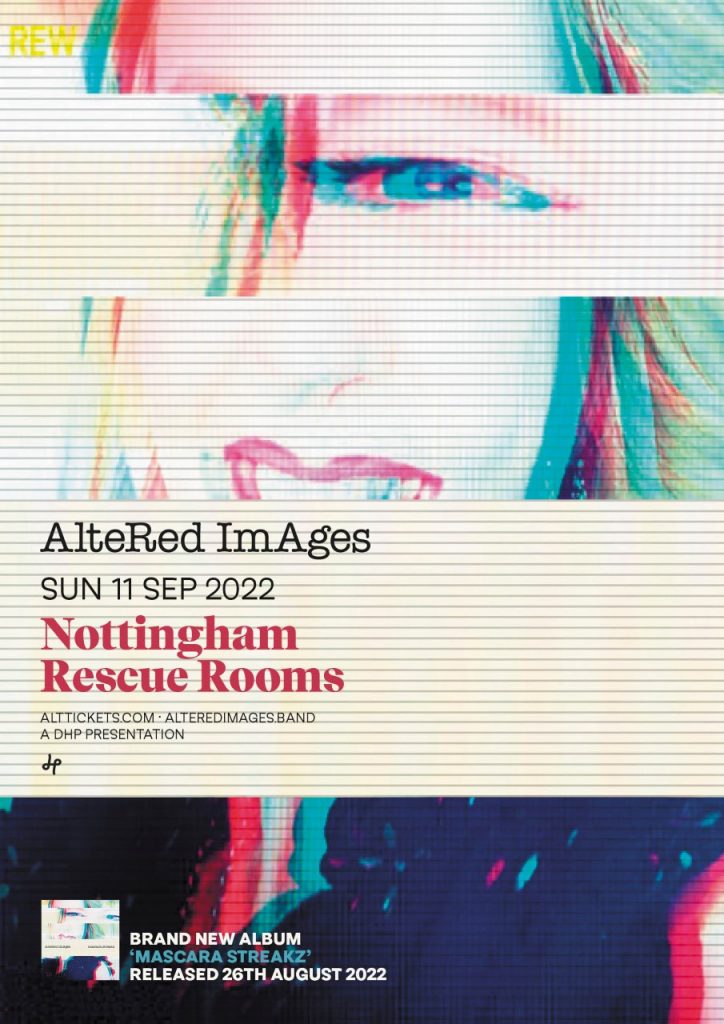