An Evening with Lars Frederiksen

Tickets are now available for An Evening with Lars Frederiksen at Rescue Rooms.

Best known as the guitarist and vocalist for punk revivalists Rancid, Lars Frederiksen has been a major player in the California punk scene since the 1990s. In addition to his work with Rancid, the Old Firm Casuals, and Lars Frederiksen & the Bastards, Frederiksen is an in demand producer, working with Dropkick Murphys, Forgotten, Agnostic Front, Marky Ramone, and the Gadjits, among others. Rancid released their ninth studio effort, Trouble Maker, in 2017, and in 2021 Frederiksen issued his debut solo EP, To Victory.

Born Lars Everett Dapello in Campbell, California, Frederiksen first achieved notoriety playing with the U.K. Subs on their 1991 U.K. tour. He joined Rancid in 1993, and made his recording debut with them on their second album, Let’s Go. One of the seminal acts of the ’90s punk revival, Rancid‘s fiery blend of Clash-inspired leftist punk, ska, and hardcore earned them a loyal following. The band found mainstream success after the release of their platinum-selling third album, …And Out Come the Wolves, but stayed true to their D.I.Y. roots and never signed with a major label. Instead, they started their own Epitaph imprint and used it to launch solo careers and help up and coming bands. While still a member of Rancid, Frederiksen got a side band together, called it Lars Frederiksen & the Bastards, and released that group’s first album in 2001. Their second album, Viking, saw the light of day in 2004, with the Switchblade EP arriving in 2006. Four years later he founded the street punk trio Old Firm Casuals alongside Casey Watson (Look Back and Laugh, Never Healed) and Paul Rivas (Never Healed). The group issued a string of 7″s before unveiling their first full-length effort, For the Love of It All.., in 2013. Two more Old Firm Casuals LPs (This Means War and A Butcher’s Banquet) appeared in 2014 and 2016, respectively, and in 2017 Rancid celebrated their 25th anniversary with the release of their ninth long-player, Trouble Maker. Holger Danske, the fourth Old Firm Casuals outing, arrived in 2019, and in 2021 Frederiksen issued his first solo effort, a six-track set of reworked songs from his other projects, along with a few choice covers, tilted To Victory. 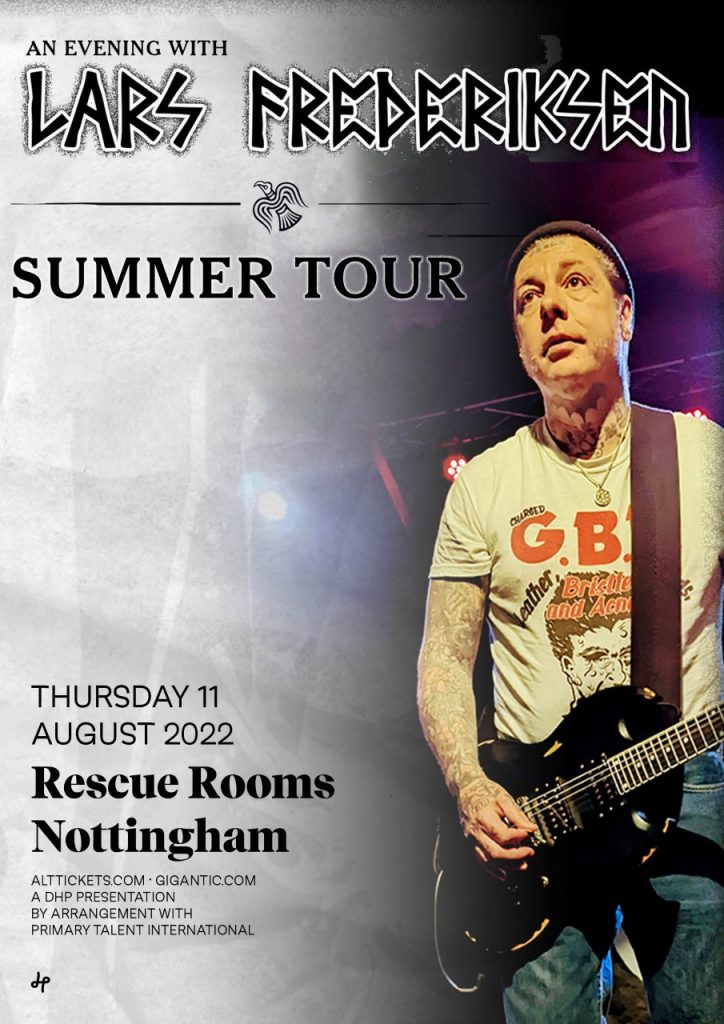 An Evening with Lars Frederiksen ON SPOTIFY