Tickets are now available for Badflower at Rescue Rooms.

Badflower aren’t afraid of making anybody uncomfortable. The Los Angeles-bred and Nashville-based quartet—Josh Katz [lead singer, guitarist], Joey Morrow [lead guitar, backing vocals], Alex Espiritu [bass], and Anthony Sonetti [drums]—siphon stress, sleeplessness, sex, sadness, mania, pain, and truth into revelatory alternative anthems. After forming in Los Angeles during 2014, they dropped two EPs before sending shockwaves throughout rock with their 2019 full-length debut, OK, I’M SICK via Big Machine/John Varvatos Records. LoudWire hailed it among the “50 Best Rock Albums of 2019,” while the singles “The Jester,” “Heroin,” and “Ghost” vaulted to No. 1 at Rock radio. Not to mention, the latter picked up a GOLD certification from the RIAA and was awarded Rock Song of the Year at the iHeartRadio Awards. They’re the rare act who can ignite a crowd at Kaboo Del Mar or Sonic Temple in addition to sharing bills with the likes of Cage the Elephant, Nothing More, Shinedown, Soundgarden, and more. Thus far, they’ve also gathered over 100 million streams and counting. Meanwhile, singles “30” and “F*ck The World” reached Top 5 and Top 10 at Rock radio. Musically, Katz’s quivering confessions seep into climactic distortion and, like any good rush, you need more. They deliver this rush on their second full-length offering, THIS IS HOW THE WORLD ENDS led by first track “Family.” 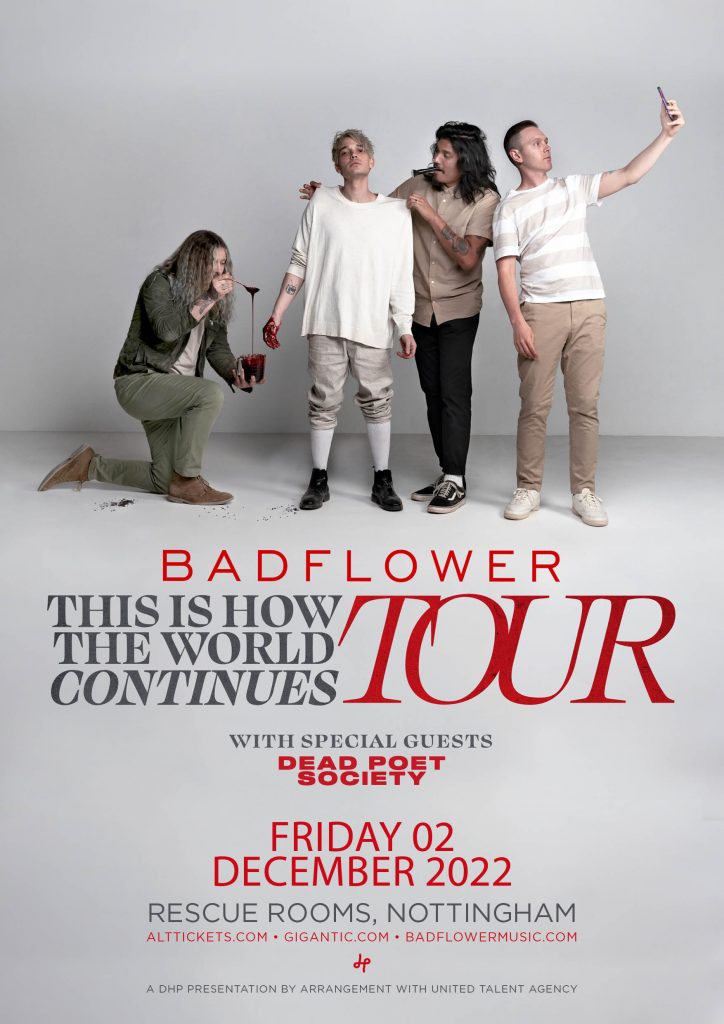