In a time when new punk bands have less and less to say, a bright light shines across the pond from Brighton, England. The Bar Stool Preachers are bringing back the essence of punk: music with a message. And do we ever need it in our world today! Defying genres, impossible to put in a box, challenging to the best of writers, this is a band you’ll want to interview rather than review. And B.S.P. are ready and waiting for your questions, excited to tell you of their intent, passions, goals and dreams. Whether you want to talk about their volunteer work, the political causes they hold dear to their hearts, or just hear about living in the most exciting and progressive town on the island, these boys are up for it!

Bar Stool Preachers released their first album, “Blatant Propaganda,” in 2016, sharing stages with artists like The Slackers, Jaya The Cat and Die Toten Hosen. In support of their second album “Grazie Governo” (2018), they toured all around UK, Europe and North America performing in sweaty sold-out clubs as well as stadiums supporting The Mighty Mighty Bosstones, Bouncing Souls, The Bronx and The Interrupters, to name but a few. The band’s progressive message of community, charity and change has remained the same since the start but the delivery has never been stronger! You’ll regret not seeing this explosive live band next time they come through your town. 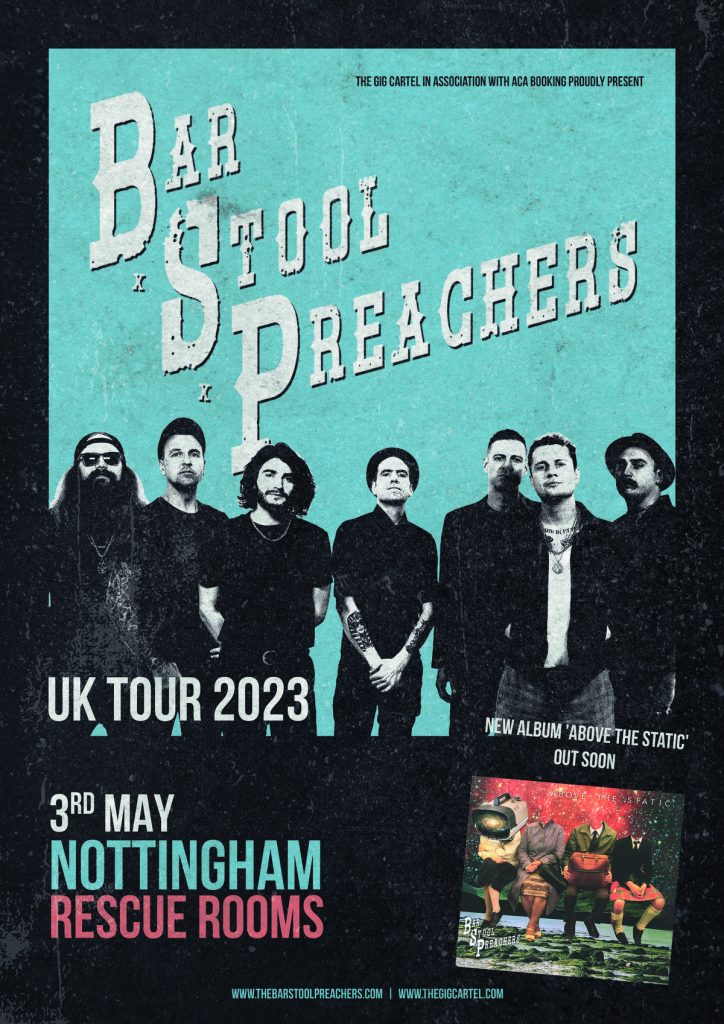