Led by singer/guitarist Ophelia Booth’s matter-of-fact delivery, the U.K.’s BLOXX inject their melodic indie rock with grunge as well as the more polished ’90s alt-rock. They made their recording debut with the breezy “Your Boyfriend” in 2016.

BLOXX were formed in Uxbridge, West London in 2016 by Booth, Taz Sidhu (guitar), and Mozwin Norohna (drums) while they worked toward BTECs in music performance. Booth later met bass player Paul Raubišķis at her job and brought him into the fold. The quartet released their first song, “Your Boyfriend” (originally “Ur Boyfriend”), in September of 2016. In early 2017, they signed with Chess Club, which issued the follow-up single “You” in April.

Over the next two years, the group toured alongside Sundara Karma, the Wombats, and INHEAVEN while building an impressive catalog of singles. The late 2010s saw BLOXX incorporate influences from glitzy pop/rock to Paramore-esque pop-punk, culminating in the group’s first EP, Headspace (2019). In December of 2019 the band parted ways with Norohna, soon enlisting drummer Joe Kinton for the band’s tours into 2020 and beyond. After dropping their first singles as a three-piece — 2020’s “Coming Up Short,” “Lie Out Loud,” and “Thinking About Yourself” — the group announced their debut LP, Lie Out Loud. A collection of 11 infectious anthems, the album was released via Chess Club in August of that year. 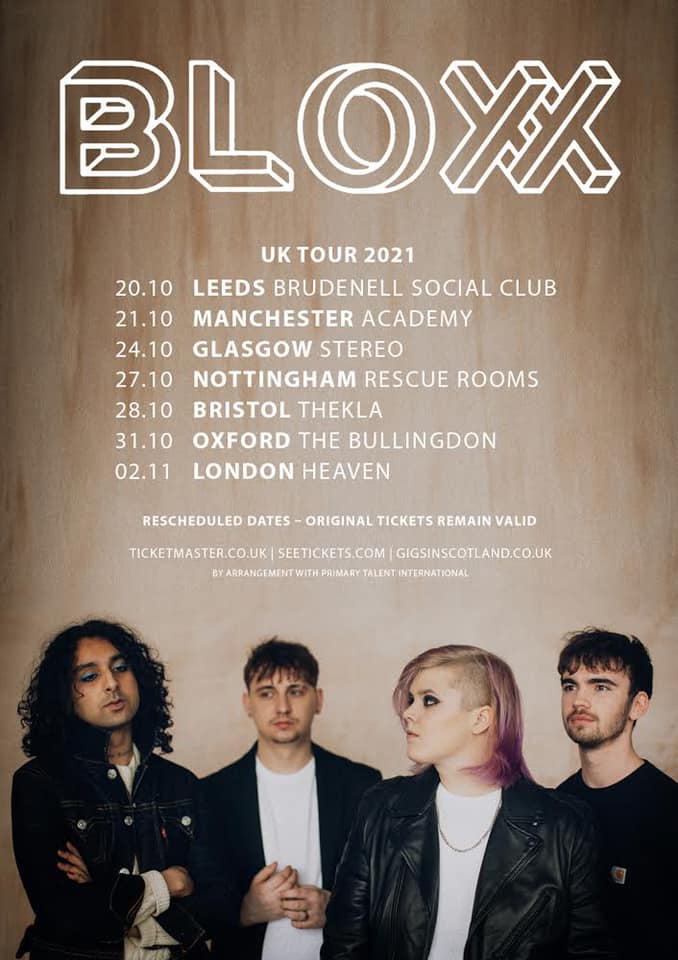