Pete Shelley and Howard Devoto formed Buzzcocks in Bolton in February 1976. The
band, completed by the addition of Steve Diggle and John Maher, opened for the Sex Pistols in Manchester on July 20th, a follow up to the now (in)famous Lesser Free Trade Hall gig which Devoto and Shelley had organised the month before.
Gigs in Manchester and London followed, and by the end of 1976, Buzzcocks became one of the first groups to form their own independent record label – New Hormones – on which they released the now-legendary and seminal ‘Spiral Scratch’ EP.
The following year saw the departure of Devoto and the recruitment of bassist Steve
Garvey. In August 1977, the band signed a recording contract with United Artists
Records and released the landmark ‘Orgasm Addict’ single. This was swiftly followed by ‘What Do I Get?’, the band’s first entry into the UK top 40 singles chart and the first of a string of chart singles. Over the next three years, Buzzcocks toured
extensively and released a trilogy of outstanding albums: Another Music in a Different Kitchen, Love Bites and A Different Kind of Tension, as well as the hugely influential and popular Singles Going Steady compilation. In 1981, the band went their separate ways to undertake new projects.
1989 saw the reconvened Shelley/Diggle/Garvey/Maher line-up tour the world again by popular demand. Since then, the Shelley/Diggle partnership has been the core of sustained and successful activity without pause, punctuating the years of high profile gigging to date with six successful and well-received studio albums, culminating in 2015’s The Way.
Few have had the longevity and sustained creative energy to produce the seemingly
endless stream of truly original and fantastic pop songs that Pete Shelley and Steve
Diggle have consistently delivered over the last four decades. Original and best.
With the untimely passing of Pete Shelley in December 2018, Buzzcocks will
continue to record and play live shows with founding member, Steve Diggle, taking
over vocal duties to front the band.
Steve has sung with the band from the very beginning, writing 50 songs, including
hits “Promises”, “Fast Cards” & “Harmony in my Head”. He will be joined by the
long term current line-up of Danny Farrant (Drums) & Chris Remington (Bass)
performing all the classic Buzzcock hits & more.
A guest guitarist will be added to all live shows.
“I am going to raise the mast & set the sails for the next voyage of the good ship,
Buzzcocks” – Steve Diggle 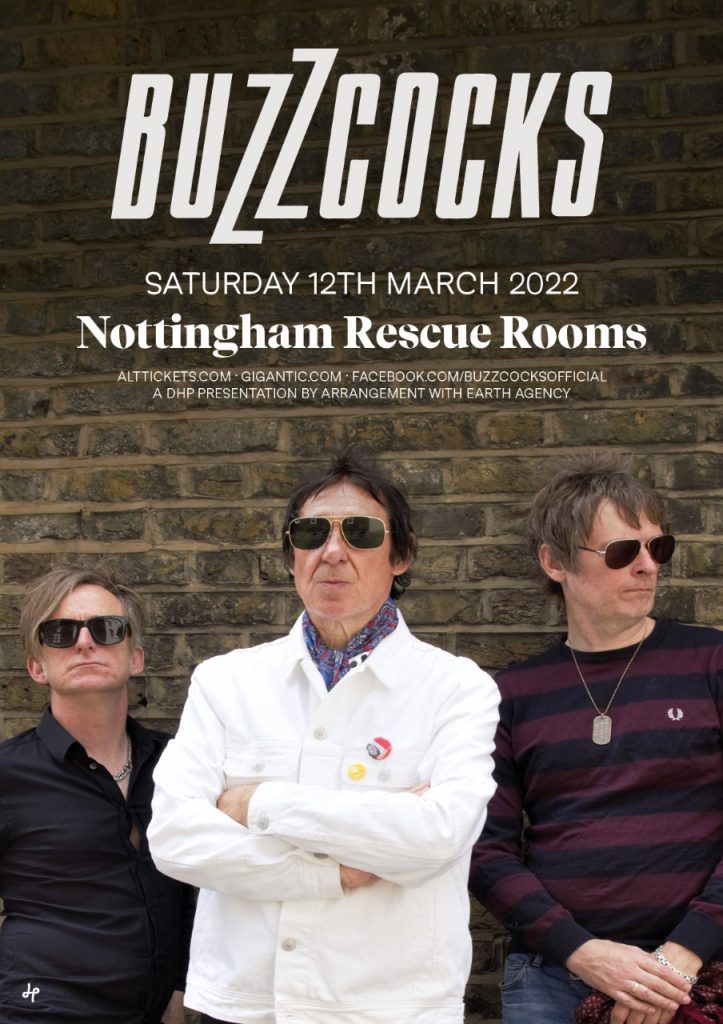