Tickets are now available for Cellar Darling at Rescue Rooms.

Cellar Darling is a three-piece heavy progressive rock band from Winterthur and Lucerne, Switzerland, founded in 2016. The group was formed by Anna Murphy (vocals, hurdy-gurdy, flute), Merlin Sutter (drums) and Ivo Henzi (guitars and bass). Cellar Darling incorporate progressive rock, metal, folk and classical influences. Notably, the band uses a hurdy-gurdy and a traverse flute. The trio has previously been part of the core of the Swiss metal band Eluveitie.

CELLAR DARLING self-released their first single, “Challenge”, in September 2016 to overwhelmingly positive reactions from around the world. They then signed to Nuclear Blast Records and released their debut album “This Is The Sound” in summer 2017. In support of the album, Cellar Darling toured three continents in more than 20 countries.

Their second album “The Spell” was released on the 22nd of March 2019.

“The Spell” weaves a dark fairytale for the modern era, told through heavy yet intricate, progressive folk rock, enchanting visual art and utterly immersive storytelling. Juxtaposing darkness and light, the album soars with melody, pummels with progressive passages and is peppered throughout with heavy flourishes, folky interludes and classical elements, as well as their use of hurdy-gurdy and flute.

Cellar Darling received a Prog Award for Best Video of 2019 for “Insomnia” of “The Spell” album. 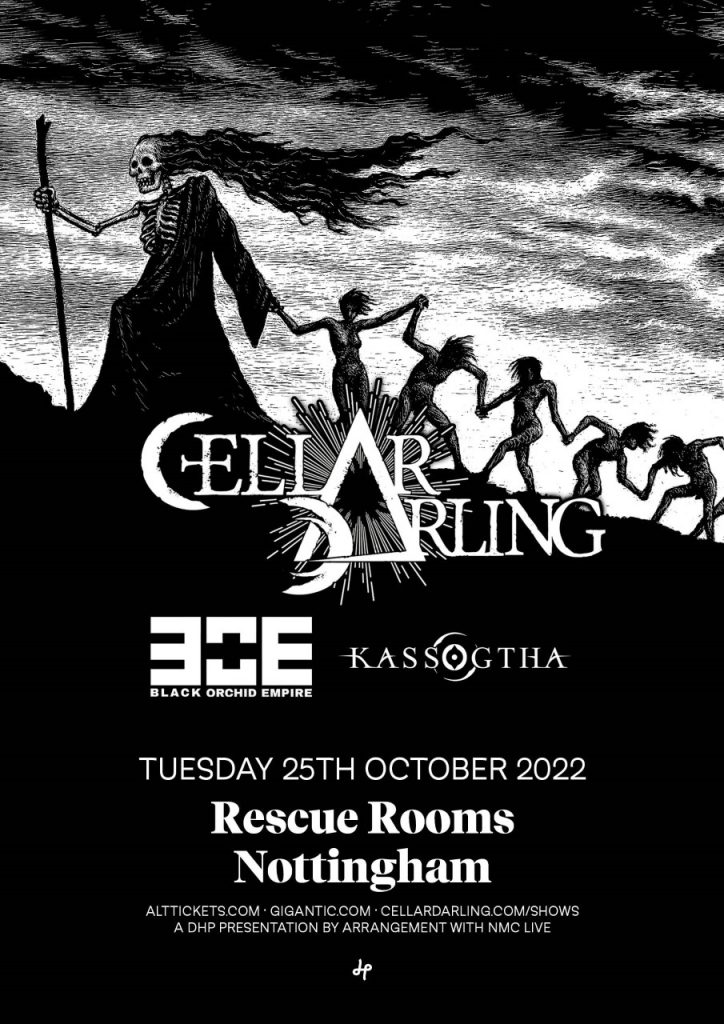