previous years, Chantel stepped out in the pro-musician world and her stunning live performances demonstrated that she had the ability to perform rock for the new age, played by a musician born with an effortless virtuosity. Since then, she has built a loyal and growing fan base who follow her every move.

If you measure an artist’s prospects by the company they keep, then Chantel has been moving in the right direction. Early in her career, Chantel was invited to perform with Joe Bonamassa, on two of his UK tours.

The Bristol-based singer, songwriter and bandleader, who has powered her way to the forefront of the British blues and roots scene in recent years, is excited to unveil her eagerly-awaited third album Shining in the Half Light. Crammed with vibrant originals brought to life with her A-list band, it’s yet another significant step forward in a career already feted with awards and acclaim generated by her two previous studio sets, 2017’s Wildfire and 2019’s Road I Call Home. 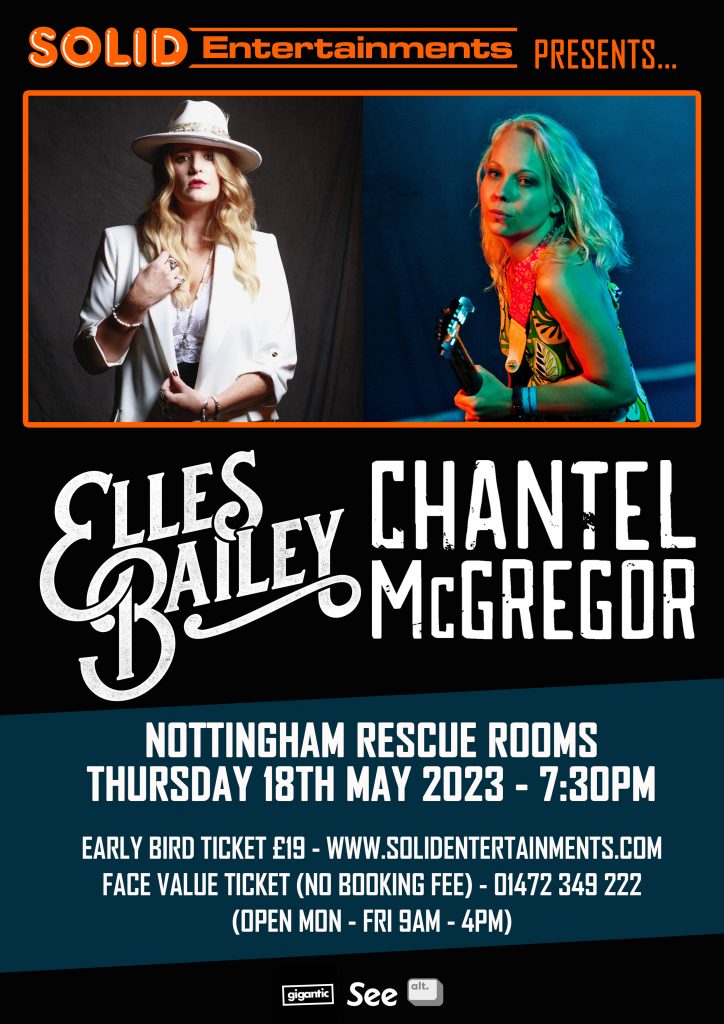