Tickets now on sale to see COMBICHRIST at Rescue Rooms!

Hailing from Atlanta, Georgia, Combrichrist are amongst the most well known names in the aggrotech scene, blending industrial metal influences with hardstyle trance and techno.

Formed in 2003, the band came together through Norwegian-born Andy LaPlegua, with LaPlegua being the musical mastermind of the project, responsible for all studio recordings. Live, he is joined by Joe Letz, Z_Marr, Abbey Nex and Eric 13. Despite offering a relatively niche style of music, Combichrist have developed a cult following, finding commercial success and finding top positions in dance and alternative charts worldwide.

Their first album, “The Joy of Gunz” appeared in 2003, followed by the limited edition EP, “Kiss the Blade,” which sold out in less than a week. Their success continued with their second EP, “Sex Drogen Und Industrial,” which spent several weeks at the top spot of the DAC charts (Deutsche Alternative Chart).

It was with their 2006 single, “Get Your Body Beat,” that Combichrist broke through into commercial success, peaking at number 14 on the Billboard Dance Singles Chart. Praised releases continued and the band began touring extensively, travelling across Europe and North America. The band were also joined by Limp Bizkit’s guitarist, Wes Borland, in 2009, for their North American tour.

2010’s “Making Monsters” continued to raise the band’s profile, gaining a support slot for Rammstein’s show at Madison Square Gardens, as well as a nationwide tour, helping to find them new fans. Two further albums, 2013’s “No Surrender” and 2014’s “We Love You” proved to fans and critics alike that Combichrist showed little sign of slowing down. 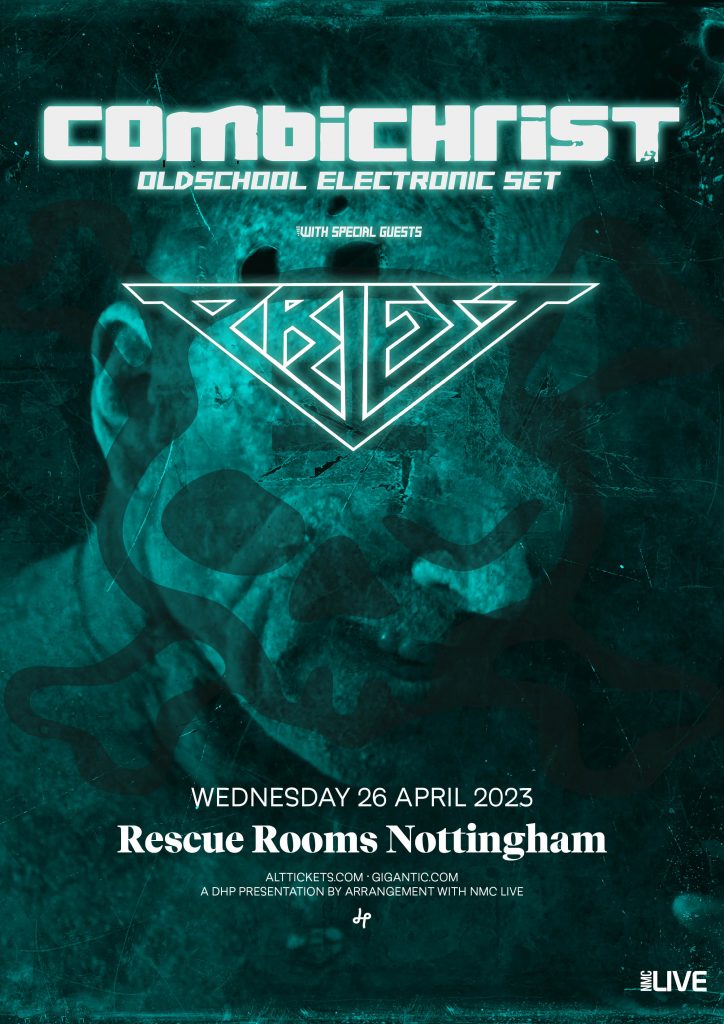