CRAWLERS have today announced details of a UK headline tour in October and November. After selling out their debut UK tour in a day and announcing their first US dates throughout June, the band have a jam-packed summer of festivals from TRNSMT, to Lollapalooza to Reading & Leeds, before playing their biggest tour yet.

The hotly tipped Liverpool four-piece will play 10 cities in the UK and Ireland, including a show at London’s Scala on November 2nd.

CRAWLERS are Holly Minto (vocals and trumpet), Amy Woodall (lead guitar), Liv Kettle (bass guitar) and Harry Breen (drums). Since their inception, CRAWLERS have been putting the work in, gigging across Merseyside, working on their song writing and steadily building an impressive following on social media. Their debut EP – released through Modern Sky/Lab Records in October – has clocked up over 40 million combined streams and spawned their first hit with ‘Come Over (Again)’, which crashed into the Official UK Singles Chart thanks to fan power alone. To date it has racked up over 26 million streams on Spotify, 1.6 million views on YouTube and was highlighted as a Radio One ‘Tune of the Week’. Following this, their latest single ‘I Can’t Drive’ has emerged with rave reviews across press and radio (Jack Saunders premiere and ‘Tune of the Week’) as well as coverage across The Times, NME, DIY CLASH, Dork, Kerrang and more.

CRAWLERS embark on their first UK tour this month with the quartet playing to over 1,000 fans in their hometown alone. 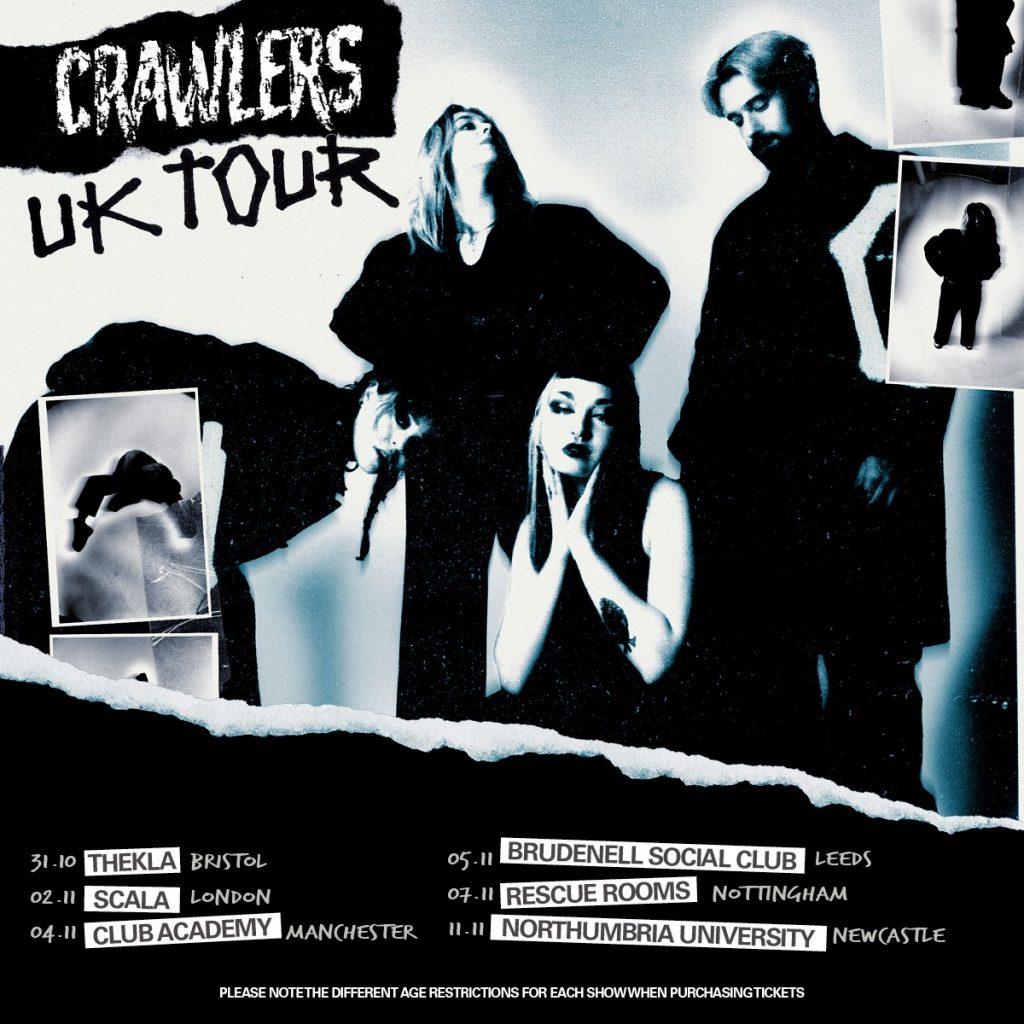