Dream Wife’s rise has been swift and steep from the start. Their self-titled debut album–an 11-track collection of heavy garage-punk riffs and dance party pop, out January 2018–was released to widespread critical acclaim (five stars and a cover in the NME, positive coverage across BBC Radio 1, The Guardian, The Fader, Dazed, Nylon and more). They soundtracked shows like Orange is The New Black and Trinkets. Supported bands such as Garbage, The Kills and Sleigh Bells. Toured with Sunflower Bean across North America. And during all of this, took their explosive live show and pushed it out further, to an already eager, international audience. Now the band–vocalist Rakel, guitarist Alice, bassist Bella–are back with their second album, So When You Gonna…out July 3, 2020.
Just like the title suggests, this is a record brimming with adrenaline and playful excitement (“It’s an invitation, a challenge, a call to action,” says Rakel). Dream Wife have always been outspoken about holding up other womxn and non-binarypeople in the creative industries, but these aren’t just words or sentiments. With a genderdivide in music production currently estimated at around ninety-five percent male to five percent female, the band are proud to have worked with an all-female recording team for So When You Gonna…, including producer and mixer Marta Salogni (Björk, Holly Herndon, FKATwigs) engineer Grace Banks (David Wrench, Marika Hackman) and mastering engineerHeba Kadry (Princess Nokia, Alex G, Beach House).“It was a way of us practicing what we preach,” says Alice, “It felt like an honour to be able to deliver this baby with these three amazing midwives.” “Put your money where your mouthis!” adds Rakel, quoting the lyrics of “Sports!” 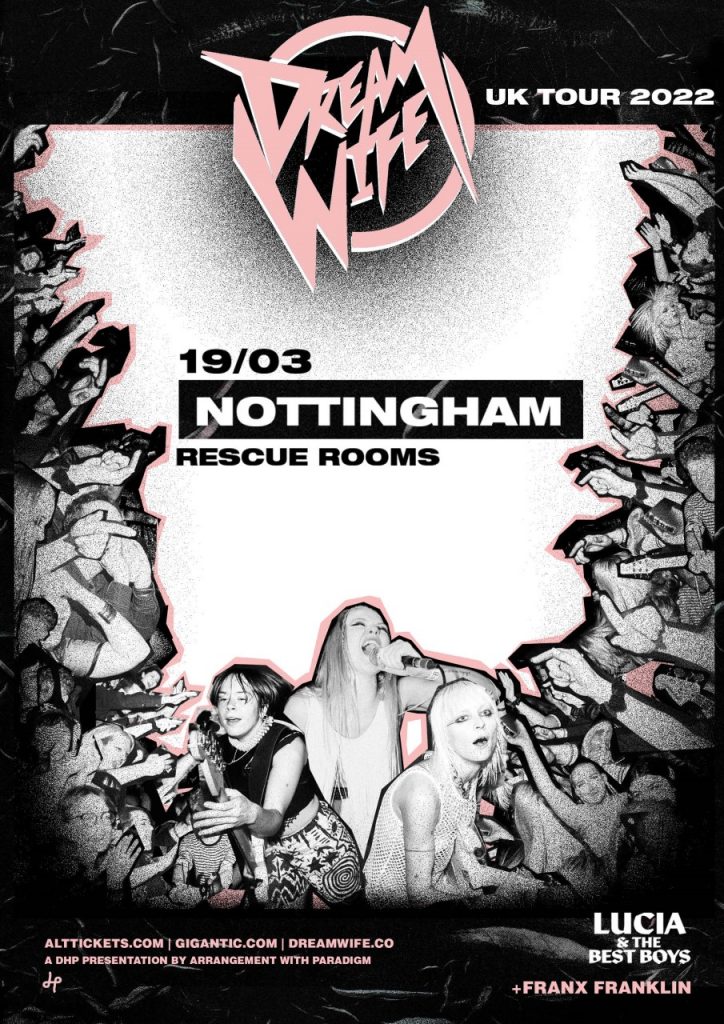