Like a renegade teen, Dub War roared out of Newport, Wales in 1993 blasting a collision of ragga, post-punk, metal, and otherworldly sonic effects. Their self-titled 12″ won critical accolades globally, drawing comparisons to Faith No More, and Rage Against the Machine. The full-length Pain was issued by Earache in 1995, and the Wrong Side of Beautiful a year later. 1997 saw the more dance centric Soundclash EP released. A small handful of singles were issued in 1997 with the remix collection Step Ta Dis in 1998. They split in 1999 with some members forming Skindred and The Jones. In 2019, vocalist Benji Webbe, guitarist Jeff Rose, and bassist Richie Glover played a couple of reunion shows with different drummers. During the COVID-19 pandemic, they began writing together over the internet. They formally reunited for the Earache album Westgate Under Fire, issued in August 2022. 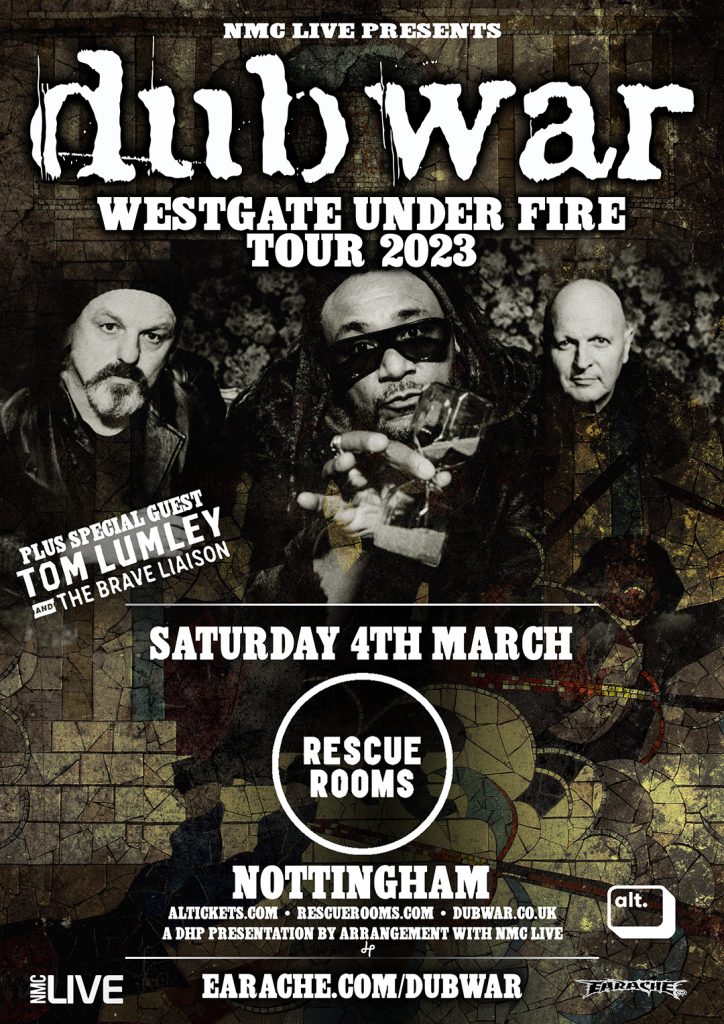