We have a statement from the band:

Hi everyone, we’re sorry to bring more bad news but after consultation with various promoters & our agent all February shows have been postponed.

We can’t begin to explain how upsetting this decision was to make after the great feeling surrounding the shows in December but ultimately it’s a decision that we had to make.

We hope everyone understands that this is primarily for the health and safety of the venue staff, the band and of course the fans.

Stay safe everybody & we WILL see you soon.

One of Scotland’s most iconic rock bands Goodbye Mr Mackenzie have reformed following on from the success of their 30th anniversary shows celebrating their debut album “Good Deeds and Dirty Rags”. 2020 will see the band release a career retrospective documentary and live album and they have already started work on a new studio album slated for release in 2021.

As The List said in their 50 Greatest Scottish Bands review:

“The Mackenzies left behind the most complex and fascinating footprint of any Scottish Band. Live they were stunning. Lead singer Martin Metcalfe looked like the MC of a particularly debauched cabaret troupe. While their Scottish counterparts were looking at Soul and Steeleye Dan for inspiration the Mackenzies were taking theirs from the Pixies and the Birthday Party.”

Goodbye Mr. Mackenzie released Good Deeds and Dirty Rags on Capitol Records, in 1989. Recorded in Munich by Led Zeppelin and Rolling Stones’ producer Mack, it entered the UK charts at No.16 and the band quickly attracted a large and loyal support. Incredible live shows and singles like the UK top 40 hit ‘The Rattler’, in particular, further cemented their place on the UK music scene.

The second album HAMMER AND TONGS, was recorded in Berlin’s famous Hansa Ton Studios, just as the Berlin Wall was about to fall, and also made the UK album charts. With further UK singles chart positions and touring and playing with bands like Blondie, The Ramones, BAD, Afghan Whigs, Aztec Camera and The Primitives etc. the band were building a reputation as one of the best live bands across Europe.

In Germany the band were released on the SPV label and toured extensively around the country. The band then recorded a self-titled album under the name Angelfish, fronted by Shirley Manson, the Mackenzies keyboard player and backing vocalist (who went on to fame as the lead singer of Garbage). This album, produced by Talking Heads’ Chris Frantz and Tina Weymouth, went on to chart in the US College and alternative charts.

The atmosphere at the packed UK dates in 2019 was electric, culminating in a spectacular and emotional return to The Barrowland Ballroom in Glasgow in December, after which they were inducted into the Barrowland Hall of Fame and Awarded performance of the year at the legendary Venue. 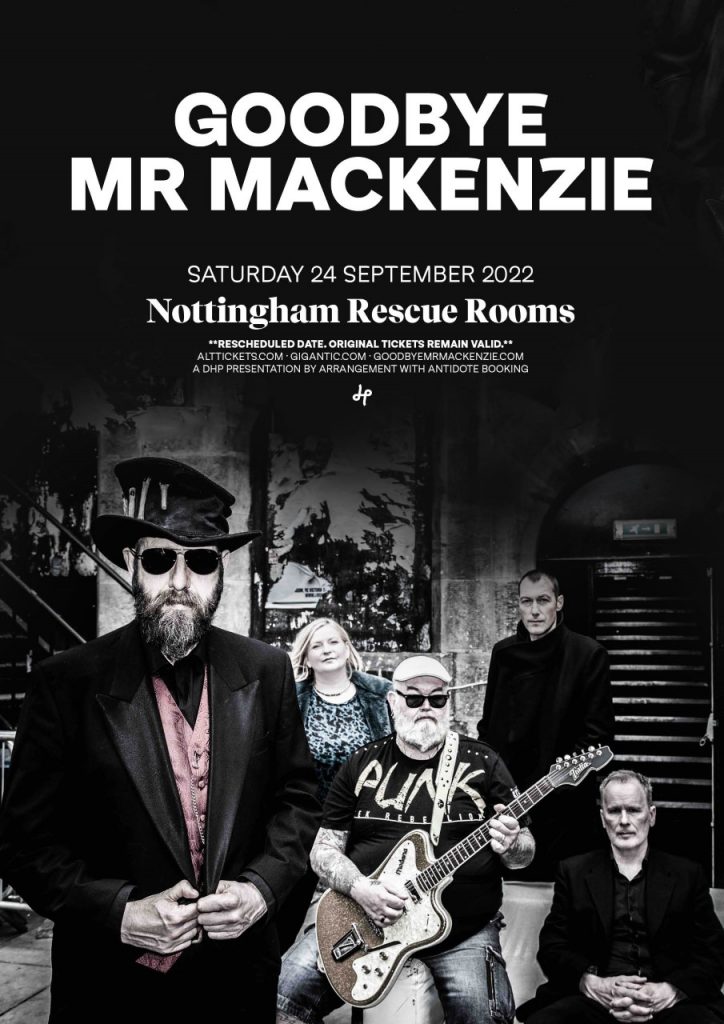