Ian Moss first came to attention as the guitarist for Australian rock legends Cold Chisel. After they split up in 1983, Jimmy Barnes jumped into a successful solo career, but Moss laid low, only forming the Ian Moss Band in 1986. After spending nine months in L.A. sorting through song demos, he eventually co-wrote “Tucker’s Daughter” with former Cold Chisel bandmember Don Walker. The song went to number one in Australia in March 1989 and his debut album, Matchbook, was released in September. It also went to number one and sold over 210,000 copies. Moss took out several awards at the 1989 Australian Record Industry Association (ARIA) Awards, including Male Artist of the Year, Best Debut Album, Best Album, Best Debut Single, and Song of the Year (for “Tucker’s Daughter”).

An Australian tour followed before Moss returned to the studio in 1991 to record his second album, Worlds Away. Again working with co-writer Don Walker, it also featured a re-working of the Cold Chisel classic “Bow River.” The album wasn’t as successful as Matchbook, and Moss disappeared from public view for the next five years until the release of Petrolhead in 1996. The album was reissued in 1997 with a bonus album, Ian Moss Live. By the end of the year, Cold Chisel had re-formed with Moss, and they returned to the studio to begin work on a new album. 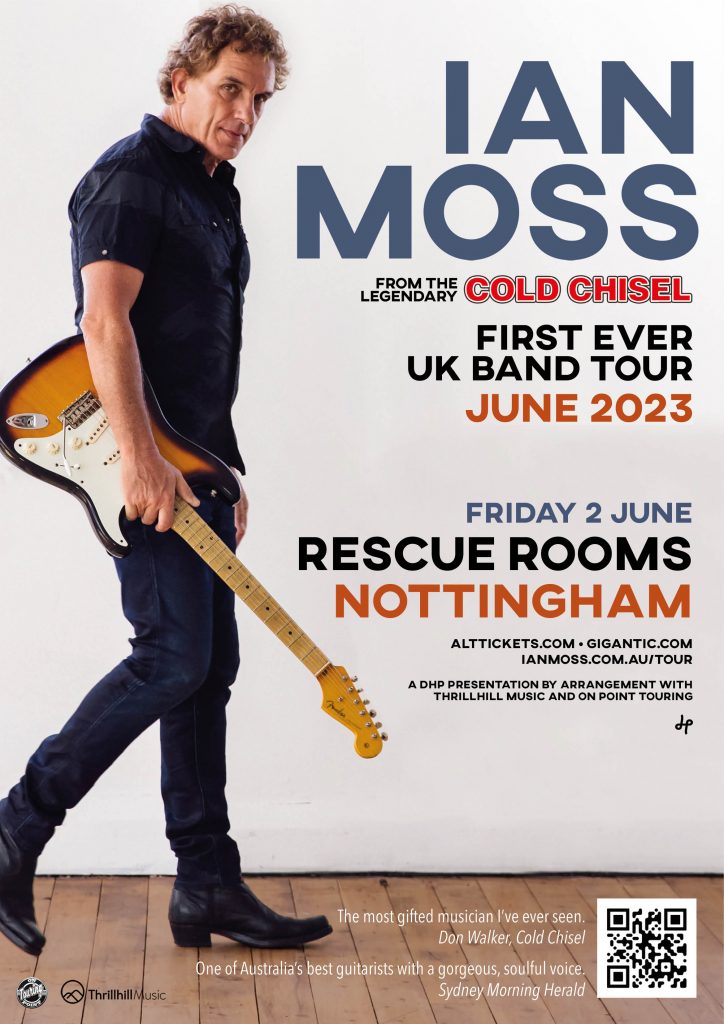