After the Stone Roses and Happy Mondays, Inspiral Carpets were arguably the third most popular band to emerge from the late-’80s/early-’90s Madchester scene. Like the Charlatans UK, they weren’t quite as innovative as the city’s two standard-bearers, relying less on the contemporary dance club beats that became Madchester pop’s identifying signature. They did, however, share a fascination with trippy psychedelia, particularly the Farfisa organ-drenched sound of Nuggets-style garage rock from the ’60s, which set them apart from their peers. It also enabled them to tinker with their sound once the Madchester fad had passed, and the group continued to score hits right up to their mid-’90s breakup.

Inspiral Carpets were formed in the Greater Manchester town of Oldham by guitarist Graham Lambert and vocalist Stephen Holt, who soon both recruited drummer, Craig Gill. The group began to settle on a permanent lineup in 1986 when Farfisa organist Clint Boon joined up, before bassist Dave Swift came into the fold the following year.

Inspiral Carpets’ debut album, Life, was released in the spring of 1990. Their first single for Mute, “This Is How It Feels,” hit the British Top 20 and landed them a TV appearance on Top of the Pops; the follow-up, “She Comes in the Fall,” reached the Top 30.

Inspiral Carpets scored their biggest chart hit in the spring of 1992 with “Dragging Me Down,” which appeared on their third album, Revenge of the Goldfish, released later that fall.

After an eight-year hiatus, the band re-formed for two well-received sold-out tours in 2003, and this reappearance also brought the appropriately titled single, “Come Back Tomorrow,” a recording culled from a 1995 session. Also issued that year was the three-disc compilation Cool As, which brought together all of the band’s singles and promo videos to date, plus a selection of B-sides. A DVD of an April 2003 show, Live at Brixton Academy, appeared in early 2004.

In April 2014, Cherry Red Records re-released the Holt-fronted, 1987-recorded demo album Dung 4, which had previously only been available on cassette for a short while in the late ’80s. The greater news was the band’s decision to expand its reunion to the studio, which meant that the original lineup featuring Stephen Holt recorded their first-ever studio album two decades after forming. This record, naturally called Inspiral Carpets, appeared to strong reviews in the fall of 2014. 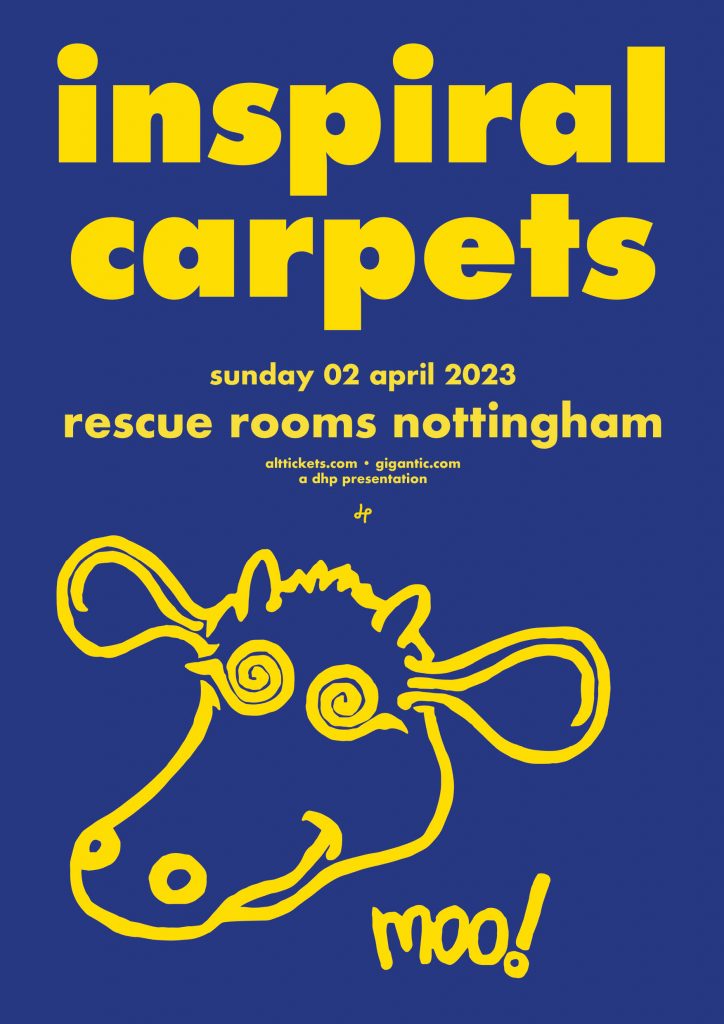