Tickets are now available for Joan As Police Woman at Rescue Rooms.

Joan As Police Woman returns to Europe in August 2022 with her incredible band for extra concert shows and festival performances including All Points East London with Nick Cave & The Bad Seeds.

These concerts are in support of her acclaimed new album “The Solution Is Restless” recorded at an all night session in Paris with the legendary Tony Allen (Fela Kuti) and Dave Okumu (The Invisible).

For the live show Joan will be handling vocals, guitar and keyboards with Parker Kindred (Jeff Buckley, Antony & The Johnsons) on drums and vocals, Benjamin Lazar Davis (Cuddle Magic) on electric bass, samples and vocals and Eric Lane on keyboards and saxophone.

About “The Solution Is Restless”

Joan: “Damon Albarn introduced me to Afrobeat legend, Tony Allen, at the Africa Express event “The Circus” in London in 2019. Tony and I played Nina Simone’s I Wish I Knew How It Would Feel To Be Free and made a pact to record together in the future. In November of that year, our pact was realised. Dave Okumu, joined Tony and me in a Paris studio, where we improvised, untethered by form or tempo. The playback created excitement in the control room; the groundwork had been created. I left with the tapes without knowing exactly how I’d use them.

In April I lost a beloved mentor, Hal Willner. Hal created beautiful and unlikely collaborations among artists. Hal appointed me Musical Director of Hal’s collaboration on Neil Young’s songbook in 2004 (Prospect Park) and 2011 (Winter Olympics Vancouver). Grieving Hal’s death, I began creating songs from the Parisian improvisations, only to learn of Tony’s passing while in the studio. As my world became undone, I focused on creating the new album from the Paris collaboration.

This production style danced in my mind for years. The songs are composed in various ways. For some, I used only a one-bar drum loop; for others I created blueprints around basic A/B sections we had improvised. I used the source material in every way possible. The pandemic allowed me to explore and experiment for months in my home studio.

The album title is a lyric from Geometry Of You which muses on the numerical perfection of numbers and geometry applied to a person’s body, heart and mind. Rather than orchestrate an elaborate seduction of a lover, I simply ask them what they want. The answer is my poetic understanding of quantum theory: the solution is restless. The solution to caress a person’s heart is final and fluid, different on a different day, constantly changing.” 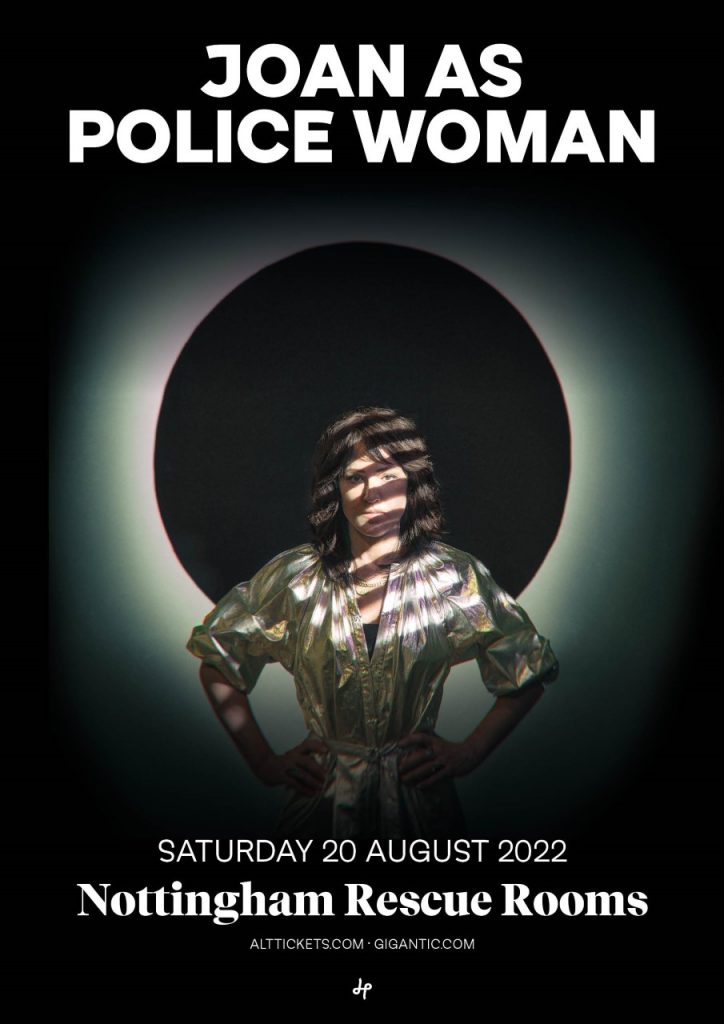 Joan As Police Woman ON SPOTIFY